LOPATCONG TOWNSHIP, NJ (Warren County) – An Essex County man is facing charges including being under the influence and drug possession following a traffic stop last month in Lopatcong Township.

On Jan. 29, at around 1:36 a.m., an officer observed a driver fail to maintain their lane several times, as well as several equipment violations and then stopped the vehicle on Route 22 east near Rand Boulevard, police said.

Upon stopping the vehicle, the driver was identified as Harun Robinson of Newark and while the officer was speaking to him, the officer detected the odor of an alcoholic beverage, police said.

Harun was transported to Lopatcong Police Headquarters where he provided breath samples and was found to have a blood alcohol content of .04, police said.

Harun was then evaluated by a Drug Recognition Expert and found to be additionally impaired by Xanax and marijuana. Harun was in possession of several Xanax pills, police said.

Harun was charged with possession of prescription legend drugs and issued traffic summonses for driving under the influence, suspended license and failure to maintain lanes. He was released on his own recognizance pending a Warren County Superior Court appearance. 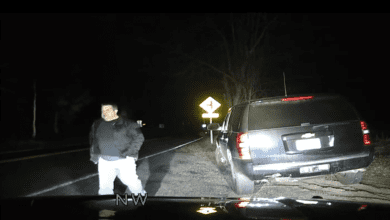