MOUNT OLIVE TOWNSHIP, NJ (Morris County) – An New York man is facing numerous charges after he allegedly used a fraudulent credit card to pick up an order at the Walmart in Mount Olive Township.

On Sept. 5, 2020 at 6:32 p.m., township officers responded to Walmart for a report of a male picking up
an order using a fraudulent credit card, police said.

While conducting the investigation, officers came in contact with the accused, who was identified as Rahman. Officers then contacted the victim to confirm that he was not given authorization to use the credit card, police said.

Upon completion of the investigation Rahman was arrested and charged. He was released pending a court appearance. 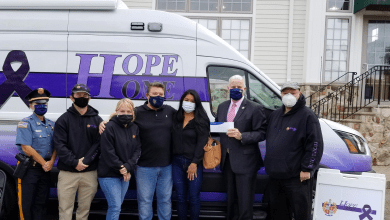