READINGTON TOWNSHIP, NJ (Hunterdon County) – Police arrested a man Friday morning that had an active warrant from Minnesota and was in possession of drugs.

At around 9:17 a.m., police received a 911 call for a suspicious man in the area of Main Street. Officers located the suspicious man on the railroad tracks near the original reporting area, police said.

The man was identified as William Langford, 21, of St. Cloud, Minnesota. He was allegedly found to be in possession of suspected crack cocaine, under fifty grams of Marijuana and drug paraphernalia, police said.

A warrant check of Landford revealed a no bail warrant out of Glencoe, MN Sheriff’s Department, police said.

Langford was lodged at the Somerset County Jail to await extradition to Minnesota, police said. 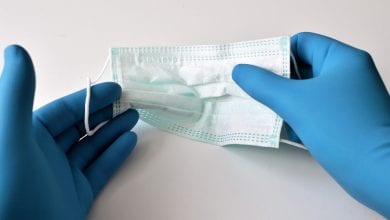