Adam Deutsch, 57, of Whitehouse Station was charged with reckless driving and driving under the influence.

On May 23 at 9:34 a.m., police responded to a residence on Kosciuszko Road for a car that crashed into a swimming pool.

Upon arrival, officers located a partially submerged 2011 Chevrolet Camaro. It was revealed that Deutsch did not live at the residence, and the homeowner did not know him, police said.

Deutsch suffered minor injuries and was taken to a local hospital for treatment, police said.

The officer determined that Deutsch was allegedly driving while impaired on narcotics. 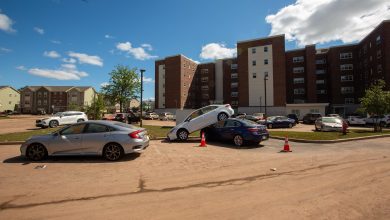 Gov. Murphy announces partnership with Uber, Lyft to provide ride service to residents who lost transportation as a result of Tropical Storm Ida