On May 9, at 2:25 a.m., an officer observed a Nissan travelling at a low rate of speed, failing to maintain a lane, then struck a curb on Route 46 near Johnson Dodge, police said.

The officer stopped the vehicle and came in contact with the driver, who was identified as David P. Lopez. The officer immediately detected an odor of alcoholic beverage coming from him and observed obvious signs of impairment, police said.

Lopez performed standardized field sobriety tests and upon completion of the investigation he was arrested and transported to headquarters for processing where he refused to provide samples of his breath for the purpose of chemical testing, police said.

Lopez was charged with DWI, reckless driving, refusal to submit to breathalyzer and failure to maintain a lane. He was released to a sober driver, pending a court hearing. 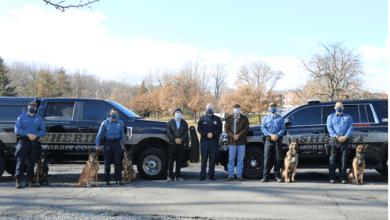