MOUNT OLIVE TOWNSHIP, NJ (Morris County) – A Morris County man has been charged for allegedly stealing a TV projector from the Flanders ShopRite.

On Jan. 1, an officer responded to Shoprite and met with Loss Prevention about a shoplifting complaint. The officer reviewed surveillance video of the suspect stealing a TV Projector and then began an investigation, police said.

During the course of the investigation, Richard Linker, 32, of Flanders was identified as the suspect for the shoplifting, police said.

Linker turned himself in on Jan. 24 for the shoplifting and was charged with the theft of a TV projector valued at $79.99, police said.

Linker was issued a summons and released pending a court appearance, police said. 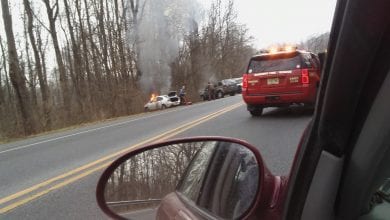