FRANKLIN BOROUGH, NJ (Sussex County) – Police have arrested an Essex County man who is accused of stealing more than $1,000 worth of cellular phones and $500 from a Franklin Borough residence in November 2018, according to Police Chief Gregory M. Cugliari.

Rasheed Whyte, 22, of Irvington was charged with multiple counts of theft and fencing.

On Nov. 23, 2018 police responded to a residence for a report of a theft of cellular phones and United States currency, Cugliari said.

The victim reported the he had provided Whyte, who was one of his employees, a place to reside and stay in his home. After several days, the victim reported that Whyte left his residence and allegedly stole cellular phones valued at over $1,000.00 and United States currency over $500.00, Cugliari said.

Then on April 17, 2019 at around 10:33 a.m., Franklin Borough Detectives made contact with Whyte on Durand Place in Irvington and placed him in custody, Cugliari said.

Whyte was also had a criminal warrant from Livingston. He was lodged in the Sussex County Jail pending his appearance in Central Judicial Processing.

The investigation is ongoing and anyone who believes Rasheed Whyte may have taken electronics from them and have not reported it to date are urged to contact Franklin Borough Police Detective Daniel Flora. 973-827-7700 extension 237. 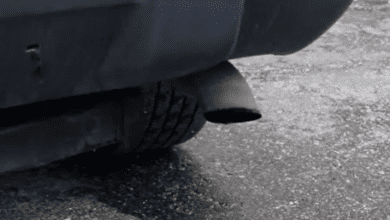 Report: New Jersey air quality improves though nearly all of state in metro areas ranking among worst 25 in nation