BYRAM TOWNSHIP, NJ (Sussex County) – A Pennsylvania man is facing several charges after police said he was found clumped over the steering wheel at a Byram Township gas station

On October 30, police responded to a report of an erratic driver on Route 206. An officer located the vehicle at the Shell gas station and found the driver, Ronald E. Whitaker of New Milford, slumped over the steering wheel, police said.

Officers were able to wake Whitaker and while speaking to him, they felt he was intoxicated. Whitaker was asked to perform several field sobriety tests, which he failed, police said.

Whitaker was arrested and during a subsequent search of his vehicle, drug paraphernalia and a box of hollow point ammunition were found, police said.

Whitaker was charged with driving while intoxicated, under the influence of a controlled dangerous substance, possession of drug paraphernalia and possession of hollow-point ammunition. He was released to a friend pending a court appearance, police said. 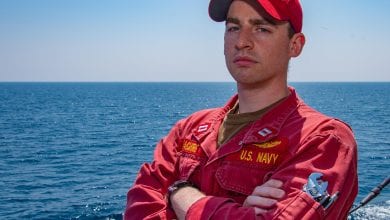