WARREN COUNTY, NJ – A 43-year-old Florida man has been indicted on charges that he sexually assaulted his niece and recorded her and another child changing into swim cloths, according to the Warren County Prosecutor’s Office.

On June 3, 2020, a child, identified as A.C., reported to the Warren County Prosecutor’s Office that she had been sexually assaulted by her uncle, William A. Bundy IV of Lakeland, FL, when she was 6-years-old, the prosecutor’s office said.

According to the prosecutor’s office, A.C. said that during Sunday family dinners, she would play video games with Bundy, during which time he would ask her to sit on his lap, reach under her clothing, and sexually assault her. A.C. detailed another incident where Bundy unsuccessfully attempted to sexually assault her.

Further, A.C., and another child, identified as J.O., disclosed that a few years later, they discovered a cell phone propped up in a bathroom where they were changing into swim clothes, the prosecutor’s office said.

On further examination, they discovered that the phone was recording while they had been nude and changing. When the children inquired after the ownership of the phone, Bundy claimed it as his own, suggesting that his then 3-year-old son was responsible for the recording, the prosecutor’s office said.

On February 18, 2021 Bundy was charged and on August 11, 2021, a Warren County Grand Jury indicted Bundy for first-degree aggravated sexual assault, second-degree sexual assault, two counts of second-degree endangering the welfare of a child, third-degree endangering the welfare of a child, and two counts of third-degree invasion of privacy, the prosecutor’s office said. 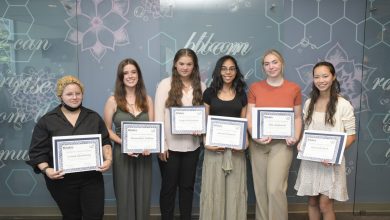