FRANKLIN BOROUGH, NJ (Sussex County) – A Sussex County man is in jail after he led police in Virginia on a pursuit in a vehicle that was stolen from Franklin Borough.

On Feb 20, at around 6:00 p.m. Franklin officers responded to a possible motor vehicle theft from the municipal parking lot, located on Main Street in Franklin Borough, police said.

The vehicle owner reported that his girlfriend’s son, Samuel Courtright III, 32, does not live with them and entered their apartment to remove the vehicles keys, police said.

Courtright was then alleged to have left the area in the vehicle without their permission and or knowledge. The complainant further reported that his driving privileges were suspended, police said.

On Feb. 22, the vehicle was involved in a pursuit in Virginia and was ultimately stopped by the Virginia State Police, police said.

Courtright, who was taken into custody and is being held in Virginia on several eluding offenses, was subsequently charged by the Franklin Borough Police with theft of a motor vehicle, police said.

AG Grewal: Division of Consumer Affairs has taken over 600 actions on price gouging, other consumer complaints related to COVID-19 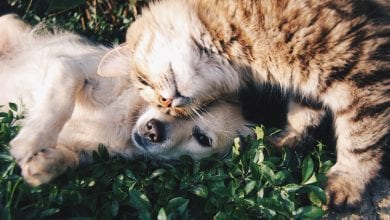 Pet Valu closing all U.S. stores due to COVID-19 impact