NEWTON, NJ (Sussex County) –  A man from Maine who led police on a pursuit in a stolen car pleaded guilty last week to charges of theft and eluding, according to Acting Sussex County Prosecutor Annmarie Taggart.

Matthew Eng, 33, of North Berwick pleaded guilty on August 18 to third-degree theft and second-degree eluding before the Honorable Robert M. Hanna, J.S.C. at the Sussex County Courthouse in Newton on August 18, Taggart said.

In pleading guilty, Eng admitted to unlawfully taking a 2016 Black Buick Regal that did not belong to him, without permission from a Krauszer’s convenience store parking lot in Andover Township on November 9, 2021 and then proceeded to elude New Jersey State Police Trooper S.C. Blackburn in the Townships of Hampton, Frankford, and Wantage, and the Borough of Sussex, Taggart said.

Sentencing is scheduled for January 12, 2023 before the Honorable Michael C. Gaus, J.S.C.

The case was investigated by Tpr. S.C. Blackburn of the New Jersey State Police and Officer T. Walsh and Det. A. Price of the of the Andover Police Department. Eng, was represented by Thomas Militano, Esq., and the State was represented by Special Deputy Attorney General and Acting Assistant Prosecutor Donald F. Cox, Jr.

Man sentenced for multiple crimes in Butler in 2016 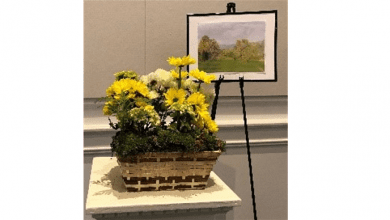