NEWTON, NJ (Sussex County) – A Hudson County man has entered a guilty plea to possession of methamphetamine and driving while suspended, according to Sussex County Prosecutor Francis Koch.

Charles Burbeng, 28, of Jersey City pled guilty to third-degree possession of a controlled dangerous substance, and to a motor vehicle offense of driving while suspended before the Honorable Louis S. Sceusi, J.S.C., at the Sussex County Courthouse in Newton on April 20, Koch said.

In pleading guilty, Burbeng admitted to being in possession of methamphetamine tablets and driving while his driver license was suspended on January 25, 2019 in Montague Township, Koch said.

Burbeng is scheduled to be sentenced on June 3, 2021, Koch said.

The case was investigated by Tpr. J.C. Rodriguez of the New Jersey State Police. 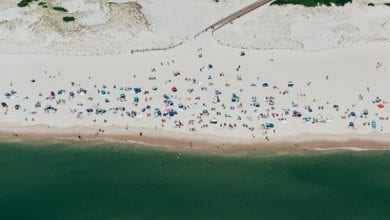 NJ DEP kicks off summer season by welcoming the public to enjoy the outdoors at state parks, forests