This conviction stems from an incident that occurred on December 15, 2020, when a resident of Harding Township reported their 2018 Black Porsche Macan Turbo had been stolen from their residence overnight, Carroll said.

As a result of an investigation by the Harding Township Police Department and the Morris County Auto Theft Task Force, Malik Carter, 21, of Newark was identified through digital forensics as having committed the theft in Harding Township and similar crimes in jurisdictions in surrounding counties, Carroll said.

On December 16, 2020, Carter was also identified and apprehended by the Essex County Sheriff’s Office, upon Carter exiting the stolen 2018 Black Porsche Macan Turbo and fleeing from police, Carroll said.

On December 22, Carter was sentenced in accordance with the plea agreement and the State’s recommendations, Carroll said.

This arrest was the result of police collaboration between multiple agencies and counties, resulting in a prosecution led by the Morris County Auto Theft Task Force.

“Today’s sentence shows the importance of law enforcement teamwork and coordination in investigating motor vehicle thefts which have been plaguing our region. Morris County Law Enforcement will aggressively investigate car thefts and our prosecution team will ensure that those responsible for these thefts receive appropriate sentences to deter these thefts and keep our community safe,” Carroll said.

The ATTF was formed in 2019 to combat the growing number of motor vehicle thefts in Morris County.  The ATTF is operated out of the Morris County Prosecutor’s Special Operations Division which also handled Narcotics Trafficking cases and other organized crime investigations. 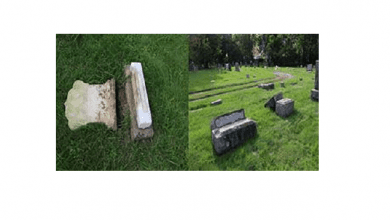