NEW JERSEY – A Bronx, New York, man was sentenced today to 47 months in prison for participating in a conspiracy to distribute heroin and fentanyl from a drug mill in the Bronx to locations in New Jersey, according to U.S. Attorney Philip R. Sellinger.

Jhan Carlos Capellan Maldonado, 33, was indicted on the same charge as Rosario in August 2019 and his case is pending, Sellinger said.

According to documents filed in this case and statements made in court, in early February 2019, law enforcement officers learned that Maldonado used an apartment in the Bronx to store, mix, and package heroin and fentanyl in distribution quantities. Pena stayed at the apartment in order to safeguard the narcotics and narcotics supplies. Maldonado employed five workers at a time – including Rodriguez, Ulerio, Rosario, Gil, and Genao – to assist in preparing the heroin and fentanyl for distribution, which Maldonado then distributed to customers in New Jersey.

Genao went back inside the building and was followed by law enforcement officers, who watched as Genao entered Maldonado’s apartment with a key, still carrying the shopping bags.

On Feb. 27, 2019, law enforcement officers searched Maldonado’s apartment and found seven individuals inside, including Rodriguez, Ulerio, Rosario, Gil, Maldonado, Pena, and Genao. All seven defendants attempted to escape out a window, and all but one –Rosario – were apprehended and arrested by law enforcement officers waiting outside. Rosario was arrested at a later date.

Law enforcement officers recovered nearly a kilogram of fentanyl from the apartment, along with materials to grind and package fentanyl for distribution. 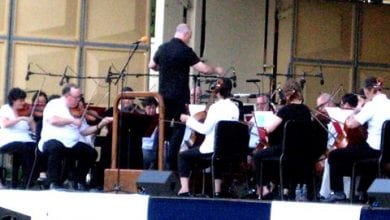 Giralda Music and Arts Festival to be held in August