Groh was issued a summons for possession of drug paraphernalia and lodged in the Warren County Jail for an National Crime Information Center (NCIC) warrant out of Warren County, police said.

Groh was also issued a warrant for being a fugitive from justice out of Pennsylvania, police said.

All personal care businesses, social clubs closed in New Jersey due to coronavirus 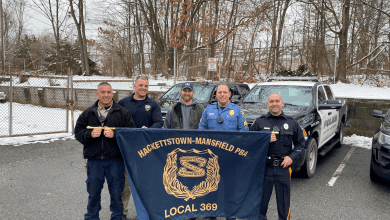