SOMERVILLE, NJ (Somerset County) – A Somerville Borough man has been sentenced to 14 years in prison for setting an occupied house on fire in 2018, according to Somerset County Prosecutor Michael Robertson.

Patrick M. Hammond, 36, was sentenced on Wednesday to 14 years in state prison with 85% of the term to be served without parole under the No Early Release Act, Robertson said.

Aggravated arson, the convicted person normally faces 5 to 10 years in state prison with a mandatory 85% of the prison term to be served without parole under the No Early Release Act, followed by 3 years of parole supervision upon his release from custody. In this case, Judge Rogers imposed a 14-year term of incarceration because Hammond qualified for a sentence of up to 20 years due to his prior criminal record of convictions. The State moved for an extended term of imprisonment on the Aggravated Arson charge due to his prior criminal indictable convictions. Judge Rogers granted the State’s motion by finding him qualified for the extended term. In addition, the Judge exercised his sentencing discretion by imposing an extended prison term on the second-degree aggravated arson charge as for a person convicted of a first-degree offense. First-degree offenses under New Jersey Statutes carry a sentencing range of 10 to 20 years. Hammond received the equivalent of a first-degree sentence on his conviction for second-degree aggravated arson because of his prior criminal record, Robertson said.

The convictions for endangering another person, endangering the welfare of a child, and animal cruelty are third-degree offenses and, on each of these third-degree counts, Hammond faced 3 to 5 years in state prison with up to one-half of the term without parole ineligibility. The parole ineligibility term is within the Court’s discretion. In this case, Judge Rogers imposed 5-year prison terms on each of the aforesaid third-degree offenses, the sentences to be served concurrent to the 14-year sentence imposed on the aggravated arson conviction, Robertson said.

On the disorderly person’s criminal mischief charge, Hammond faced 6 months incarceration. In this case, Judge Rogers imposed a $100.00 fine, penalties and restitution for the damage caused at the police station. Judge Rogers also ordered him to make restitution to the victims for the payment of insurance deductibles and to Hillsborough Township for the damage caused to the police station by him after being detained by police. Judge Rogers will enter civil judgments for the insurance proceeds paid out on behalf of the victims for destruction of motor vehicles and the residence, Robertson said.

Hammond was previously arrested and subsequently charged with these offenses following a fire he purposely set to a house occupied by 9 people during the early morning hours of December 30, 2018. He set the fire with an ignitable liquid. One of the occupants happened to see the fire and alerted the remaining occupants. All occupants evacuated the burning house safely without any injuries. There were two deaths in the blaze, specifically, two pet cats died of smoke inhalation. The fire was set by defendant Hammond following an argument he had with his “on-again/off-again” girlfriend, who resided in the home with her two young children, Robertson said.

Hammond fled the fire scene without calling 9-1-1. He took pictures of the house ablaze with his cell phone and sent them to friends. He arranged for a ride to flee the area. In his effort to rendezvous with his ride, he fled through a wooded area across the street from the fire scene. He discarded a charred glove, his cell phone, and a lighter in the woods. He was detained as he walked to the vehicle about to transport him home. He was taken to the police station where he damaged a sheetrock wall by slamming his head into the wall. His sneakers were seized from him which tested positive for a flammable liquid, Robertson said.

Hammond has been in custody since December 30, 2018. He was charged with aggravated arson and attempted murder on December 30, 2018 and was held in the Somerset County Jail pending a pre-trial detention hearing. That hearing was conducted on January 7, 2019 by Judge Peter J. Tober of the New Jersey Superior Court under the New Jersey Bail Reform Act, Robertson said. 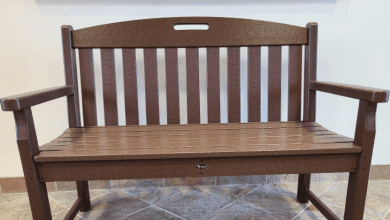