WARREN COUNTY, NJ – Mansfield Township and Independence Township Police Department’s now have an extra tool to put on when suiting up.

The two departments are now outfitted with L3 body worn cameras while on patrol, in addition to the department’s patrol car video cameras. Police Officers will be wearing the camera to the front left, center, or right side of their outermost garment on the upper chest area, facing forward.

“Body worn camera recordings are invaluable to law enforcement for evidential purposes and have consistently demonstrated its value in the prosecution of criminal, traffic, and other related offenses, to protect personnel from false claims of misconduct and to verify officers are held to the highest of standards that the public expects and deserves,” Mansfield Township police said.

“In addition to officers being required to activate the Body Worn Cameras during citizen encounters and calls for service, Supervisors will be required to conduct periodic reviews for quality control purposes,” Independence Township police said.

The use of the body-worn cameras will follow the guidelines issued by the New Jersey Attorney General as well as the policy implemented by both departments policies, the two agencies said. 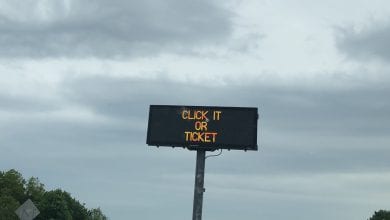