At 11:38 a.m., police responded to the St. Theodore Roman Catholic Church, located on Route 57, for the report of several car burglaries that occurred in the parking lot while Mass was taking place, police said.

The unknown suspect(s) smashed the windows of two vehicles and removed purses and personal items within a half-hour period, police said.

A pickup truck in the lot also had a generator removed from the bed which was found a short distance away, police said.

Vincenzo Jackson, the parishioner who had his pickup burglarized, told RNJ, “As mass ended, we all walked out and as I was walking up to my truck, I noticed my generator sitting in the grass behind my truck. In shock, I turned around to see if anyone was around who might have taken it out. I then went and checked my truck to see if anything was missing.”

“After a few minutes I noticed 2 woman and their young daughters upset. I approached them and noticed 2 vehicles with broken windows. A purse from each was stolen. They were all very upset with the fact they lost cash, gift cards, and other belongings from their purse,” Jackson said.

“I just felt blessed they didn’t get away with my generators but everyone was in such shock that it happened at a church,” Jackson said.

Police urge everyone to take their valuables with them when they park their vehicles or lock them in the trunk out of view. Also, be alert to your surroundings and report any suspicious activity to your local police department immediately.

Anyone with information on these car break-ins is asked to contact the Mansfield Township Detective Bureau at 908-689-6222. 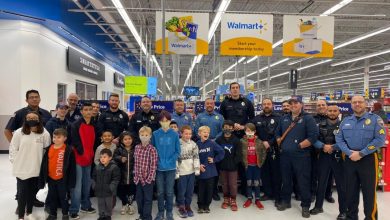