Mars, Incorporated has Monday announced plans for a new coral reef restoration event for 2023, “The Big Build,” which will bring together conservation, scientific and NGO partners for one of the largest single restoration events in the world.

This massive partnership initiative responds to the world’s urgent oceans crisis which scientists predict will erase 90% of coral reefs by the 2040s with potentially devastating impacts for the more than 500 million people who depend on coral reefs for their livelihoods.

The Big Build has been designed to highlight the importance of cross-sector partnerships to deliver restoration at scale. Scheduled to coincide with the week of UN World Oceans Day, June 8, 2023, the event will convene partners to build 5000m 2 of reef in just four days and outplanting 75,000 corals.

The event will take place in Spermonde Archipelago, Indonesia, where Mars spent the past decade working closely with local communities, a local university, several government agencies, NGOs and critical industries to establish one of the world’s largest coral reef restoration programs. By galvanizing partners for The Big Build, Mars aims to provide advanced training for participants to help enhance global capacity to deliver restoration practices and programs at scale, to accelerate the pace of change that is possible.

“Driving investment and building coalitions to restore coral reefs is mission critical. We need a united approach to stem the tide of this threat to our oceans. By joining forces with the public, private, NGO and scientific communities for hands-on coral restoration and knowledge sharing, we believe we can accelerate the pace of restoration globally,” Frank Mars, Chairman of Mars said.

Mars’ approach to coral reef restoration follows the company’s belief in working with the communities where Mars operates to develop innovative ways to ensure farming and local livelihoods are sustainable. Since 2011, Mars has been continuously developing and refining a low-cost, replicable method of coral reef ecosystem restoration through the Mars Assisted Reef Restoration System (MARRS). This method is based on installing a continuous web of “Reef Stars”— hexagonal sand-coated steel structures with coral fragments attached —covering barren coral rubble fields and gaps between the remaining live coral on the reef.

Globally, Mars and partners have installed more than 51,494 Reef Stars incorporating 772,410 coral fragments, which also includes one of the world’s largest restored coral reefs located in the Spermonde Archipelago.

Key results of conservation and local economic impact across the project to date include:

The Big Build forms an important part of Mars’ petfood brand SHEBA®’s ambitions to restore more than 185,000 square meters of coral reef – roughly the size of 148 Olympic swimming pools – at sites around the world by 2029. This effort will include all national partners trained in MARRS and will provide training to numerous partners from different sectors to contribute to the mass restoration effort. This feat will be achieved with MARRS-trained teams that can restore damaged reefs at a greater speed, larger scale and lower cost compared to other approaches – where experienced teams of four divers can install 500 reef stars in just two days.

Professor David Smith, Mars Chief Marine Scientist, said: “Coral reefs are the heart of our oceans, and we are proud that our efforts around the world to restore and regenerate these precious ecosystems are already showing exciting results and having a positive impact on local communities.

The MARRS restoration technique is a low-cost method of reef restoration that has true ability to scale. By training more partners on the technology, while working closely with the scientific community to identify what’s needed to deliver resilient coral reef restoration at global scale, we hope we can help change the course of our coral reefs and our collective future for the better.”

In addition to The Big Build, Mars will also host two events in 2023. “The Deep Dive” at Hope Reef in the Spermonde Archipelago will invite leading coral reef scientists, practitioners and changemakers to participate in a restoration effort using MARRS to gain first-hand experience in the approach and to witness the progress made in applied restoration. Following that, a four-day high-level science workshop will be held in Bali, featuring a collective of leading coral reef researchers and applied restoration teams to focus on identifying the priority research needed to maximize our capacity and effectiveness to deliver resilient coral reef restoration at global scale. 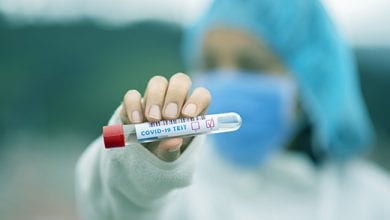