SNICKERS®, proudly part of Mars and ‘The Official Chocolate Bar Sponsor of the NFL,’ announced the return of the SNICKERS Rookie Mistake of the Year program, rewarding fans for sharing hilarious and relatable Rookie Mistakes.

Fans can submit a video, photo, or written examples of their Rookie Mistakes on snickers.com/rookiemistake.

Throughout the NFL regular season SNICKERS will spotlight some of the best Rookie Mistake submissions, giving fans a chance to be featured across SNICKERS platforms and rewarded with signed merchandise and NFLshop.com gift cards to ensure they are kept satisfied.

At the end of the regular season, a panel of NFL experts will select one Rookie Mistake that will be crowned ‘SNICKERS Rookie Mistake of the Year.’ The winning fan will receive two tickets to Super Bowl LVII in Arizona, where they will have the opportunity to celebrate on the field after the game.

To bring the excitement of the NFL season to fans everywhere, SNICKERS has also released brand new Rookie Mistake packaging which is available now. Each SNICKERS bar features a code that links to snickers.com/rookiemistake and later this season, will bring consumers to an augmented reality experience where fans will be greeted by a Rookie Mistake ‘magic football’ featuring Stefon Diggs. The ‘magic football’ acts as a traditional magic 8-ball, where fans will have the opportunity to ask Diggs a question or submit a Rookie Mistake of their own.

“Mars is thrilled to inspire more moments of happiness and one-of-a-kind sports experiences for fans by bringing back the SNICKERS Rookie Mistake of the Year program this NFL season,” said Michelle Deignan, Senior Marketing Director at Mars Wrigley. “Left the stadium early to beat traffic and missed the most epic play of the game? Called in sick to your 5th annual family reunion, but uploaded a “beach day” post with your friends on Instagram? SNICKERS offers a satisfying solution to Rookie Mistakes made both on and off the field in a way only a leading NFL partner like SNICKERS can deliver on.”

As part of the brand’s broader sports strategy, SNICKERS has again teamed up with some of the NFL’s most recognizable players, including Stefon Diggs and Najee Harris. The players will re-create videos of fan submitted mistakes during the regular season. The debut video featuring first team All-Pro wide-receiver, Stefon Diggs was released today and hilariously depicts the all too familiar mistake of leaving a game early only to miss an incredible comeback.

“I’m excited to partner with my friends at SNICKERS again to kick off the next season of the SNICKERS Rookie Mistake Of The Year program. Last year’s entries were hilarious, but I know the fans have more they’ve been holding back,” said Stefon Diggs. “I had the chance to film a Rookie Mistake inspired by a fan from last season, where two fans left a game early to beat traffic, only to miss an epic comeback in the fourth quarter. Ultimate Rookie Mistake. Think yours is better? Head to snickers.com/rookiemistake to share it.” 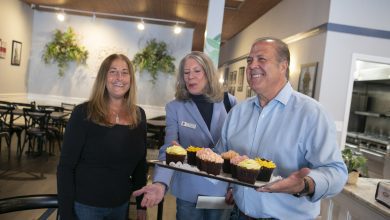