Mars, Incorporated Monday published key findings of a comprehensive audit of representation in its global advertising.

Mars – the global pet care, food and confectionery business known for its suite of iconic brands like Pedigree, Ben’s Original, M&M’S, Royal Canin and Snickers – has partnered with the Geena Davis Institute (GDI) on Gender in the Media since 2018 to help the business measure representation & address bias in its marketing.

The research found that the business has made positive progress to increase representation and more specifically, female characters in its advertising, who made up 45% of characters last year. This is an increase of 11 percentage points since Mars first started auditing gender representation in 2018.

“As a global advertiser, we know marketing has the power to influence how people see themselves and others. I believe we can make a massive impact on representation across the whole industry. This is not something we can accomplish as individual businesses, but when we come together our collective action can make a real difference,” Andrew Clarke, Global President, Mars Wrigley said.

The research leverages the Institute’s proprietary GD-IQ (Geena Davis Inclusion Quotient) machine learning tool to analyze over 1,000 characters from 285 global advertisements from 2021, helping Mars to track its progress and drive positive change. Mars is also working with GDI to assess a range of diversity categories, which will help the business measure representation in future reports.

“We are proud of our partnership with Mars and their commitment to taking a systematic approach to instituting diversity, equity and inclusion across their iconic brands and being transparent and accountable. There is more for the industry to do, but having data and insights, to measure and establish goals, is critical for progress,” Madeline Di Nonno, President & CEO, Geena Davis Institute on Gender in Media, said.

The partnership between Mars and GDI is part of the company’s Full Potential platform, aimed at advancing gender equality, including concrete actions to support women in its workplaces, in the marketplace and in communities where Mars sources raw materials.  As part of this initiative, Mars released findings from its #HereToBeHeard global listening study last year, which revealed that 80 percent of women believe that putting an end to systematic discrimination and harmful gender stereotypes are the top factor that needs to change in order for women to reach their full potential. The results of the study reinforce the importance of removing harmful stereotypes from media as the number one response.

“Adverts must speak to, and celebrate, the diversity of the audiences who enjoy them.  We are pleased with the progress that has come from rigorously ensuring we have diversity not just in front of the camera but behind the camera, in the agencies and in our own teams. However, we will not rest until we are representing the true diversity of the people who enjoy our services and products around the world,” Michele Oliver, Global Vice President, Brand & Purpose, Mars, said.

“Along with our partners at GDI we want to keep improving not only from a representational standpoint, but to break down harmful gender and character stereotypes. There is still more we can do to reflect the beautiful reality and diversity of the countries and communities that we operate in.  We continue to be intentional about unlocking creativity by ensuring diversity and representation is at the heart of our marketing. We are also committed to being transparent with these results and hope this might encourage our industry peers to measure their own advertising, so we can collectively work towards a world where advertisements represent each one of us and are free of damaging stereotypes,” Oliver said.

Mars was a founding member of the UN Women’s Unstereotype Alliance established in 2017, and is now part of the executive committee, working in partnership to remove gender bias and negative stereotypes in advertising.

Mars is also increasing access to opportunity for talent. For example, it sponsors initiatives with organizations such as the Bentonville Film Festival to invite diverse storytellers to pitch their ideas and gain experience working on live projects on M&M’S and its agencies.

“At Mars, the world we want tomorrow starts with how we business today. We know our brands can make a difference and making a difference can grow our brands. We will audit and measure our advertising annually across different areas of representation including gender, race, age, and more to take action to remove unhelpful stereotypes, and ensure we represent diversity in front of and behind the camera,” the company said. 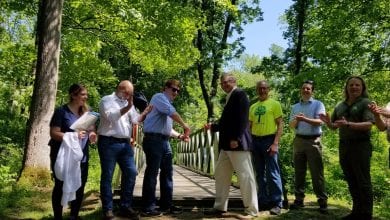