BLAIRSTOWN TOWNSHIP, NJ (Warren County) – The vehicle belonging to a missing 23-year-old man has been located as the search continues.

The last image of Daniel A. Cannone was caught on a RING camera on October 16.

The investigation has yielded possible leads into the Frankford and Augusta area of Sussex County. police said.

Due to the poor quality of the image caught on the RING Camera, the color of Daniel’s clothing is undetermined but police said it appears that he was wearing a t-shirt, shorts, and carrying a backpack.

Anyone who attended the event at Skylands Stadium on the weekend of Oct. 16 – Oct. 17 and observed anything suspicious or a possible sighting of Daniel and/or his missing pevehicle, contact Blairstown Police Department at 908-362-8266 or your local law enforcement agency. 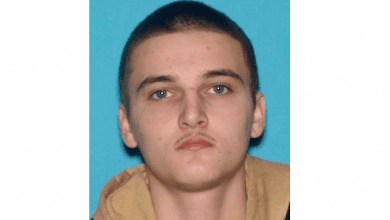 Man charged with eluding, theft by deception in Somerset County