TINTON FALLS, NJ (Monmouth County) –   A  Monmouth County man has been charged in connection with the fatal overdose death of a 25-year-old Flanders woman who died on Feb. 21 in Tinton Falls, according to Monmouth County Prosecutor Christopher J. Gramiccioni.

Lateef Reevey, 31, of Long Branch was charged with the first-degree strict liability for drug-induced death and third-degree distribution of CDS, Gramiccioni said.

On Feb. 21 at 6:07 p.m., Tinton Falls police received a report of a possible overdose victim in a local motel room.  The responding officers located Lucy Yardley lying on the bathroom floor of her room. She was unconscious and not breathing. Despite the efforts of the Tinton Falls Police Department, the Tinton Falls First Aid Squad, and the MONOC Paramedics, Yardley was pronounced dead Gramiccioni said.

An investigation was immediately launched into the victim’s death and the origins of the heroin that was ingested by her. The investigation by the Tinton Falls Police Department and the Monmouth County Prosecutor’s Office ultimately identified Reevey as having communicated with the victim the day prior, Gramiccioni said.

On Feb. 22, as a result of their investigation, police located Reevey in the parking lot of the same local motel. He was found to be in possession of a quantity of heroin and cocaine, packaged for sale, as well as two cellular telephones.  Upon approach by police, Reevey broke one of the two phones, which he had used to communicate with the victim two days earlier.

Police continued their investigation while awaiting the results of the autopsy, which was conducted by the Middlesex County Regional Medical Examiner’s Office. As a result, Reevey was charged with strict liability for drug-induced death and distribution of CDS Yardley, Gramiccioni said.

If convicted of the first-degree charge, Reevey faces up to twenty years in New Jersey State Prison, subject to the provisions of the No Early Release Act (N.E.R.A.), requiring him to serve 85% of any sentence prior to release. On the third-degree charges, Reevey faces up to 5 years in a New Jersey State Prison, Gramiccioni said. 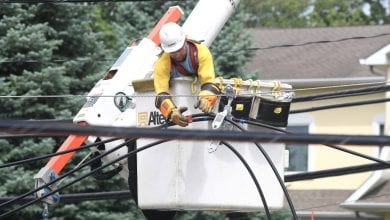