Wharton Police Detective Richard Ornelas and Detective Sgt. Christina Kovacs of the Morris County Sheriff’s Office are being praised this week for saving the life of a Montana skier, who suffered a dangerous break and was found bleeding profusely from a lacerated arm after crashing into a metal bridge.

Ornelas and Kovacs, who are married, were vacationing in Montana with their family and skiing at the Big Sky Resort when they found and rescued the 19-year-old skier on Monday, March 15.

“I could not be more proud of these two law enforcement processionals and I commend them for their actions. They epitomize what it means to serve others during their time of need. Not only were they medically equipped, but they used their expertise and advanced training to save a life, and those actions are truly commendable,” Morris County Sheriff James Gannon said.

The episode unfolded on the south side of the resort mountain, where the couple found the skier lying face down in the snow, unable to move.

Ornelas and Kovacs realized she had a significant laceration to her upper left arm, with a bone exposed and uncontrolled bleeding – all resulting from her crashing into a metal bridge while navigating down the mountain. Detective Ornelas, a former Marine, was carrying a multi-tool and trauma first aid kit on his belt, and the duo immediately worked to stop the bleeding and to stabilize the skier.

While other members of their family went to notify Big Sky Ski Patrol, the duo applied a tourniquet and a hemostatic gauze to the victim’s arm. They managed to control the bleeding as the ski patrol arrived, and the two law enforcement officers continued to assist as the skier was prepared for transportation down the mountain.

She ultimately was transported to a nearby medical facility.

“There clearly is no such thing as being off-duty for the officers and first responders we have here in Morris County. In this case, we have a couple enjoying an out-of-state skiing vacation with their family, and yet they had the composure, training and dedication as public servants to spring into action when they found a seriously injured woman on the slopes. Because they also carry with them some basic first-aid equipment, Detective Ornelas and Sgt. Kovacs were able to provide life-saving medical attention until help arrived. We commend them and those who trained them,” said Stephen H. Shaw, Director of the Morris County Board of County Commissioners.

Wharton Police Chief David Young also praised the law enforcement couple, and noted that Detective Ornelas has been recognized for past heroic actions.

In February 2019, the detective was attacked from behind by an individual who tried to strike him in the head with a metal pipe. When warned by his partner, Ornelas was quick enough to raise his left arm to protect his head, although the metal pipe shattered a bone in his forearm.

Despite the injury and pain, Ornelas and his partner took the suspect into custody without further injury to anyone. He was honored with the 2020 Morris County 200 Club Valor Award.

Kovacs, who is a member of the Morris County Office of Emergency Managements Special Operations Group, also was previously honored for her actions in aiding a shooting victim in July 2019. Kovacs had responded to the scene of a gunman who had barricaded himself in a residence, where another man had been shot multiple times.

“Sgt. Kovacs eventually entered the residence and provided assistance that saved the life of the shooting victim,” Gannon said.

“I join both Sheriff Gannon and Chief Young in commending both officers for their lifesaving actions,” said Director Jeffrey Paul of the Morris County Office of Emergency Management and Commander of the Special Operations Group. 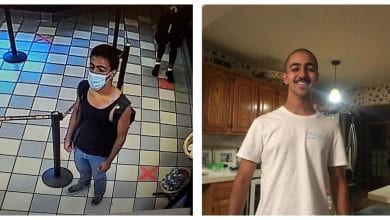 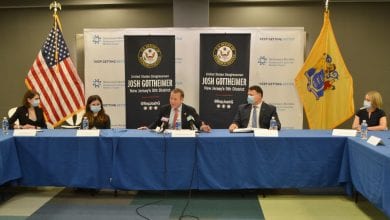