The ERPO Act, created a process through which a family or household member, or a law enforcement officer, can apply for a court order against a person who presents a significant danger of bodily injury to self or others by possessing or purchasing a firearm. The issuance of such an order, known as an ERPO, prohibits that individual from possessing or purchasing a firearm or ammunition and from holding any firearms identification cards or permits.

“Before Extreme Risk Protective Orders were codified into law in New Jersey, there was not a clear protocol for keeping firearms out of the hands of those who pose a risk to themselves or others,” Murphy said. “I am proud to have signed this law and taken action that has undoubtedly saved lives. In New Jersey, we will continue to tirelessly pursue the goal of ending gun violence and protecting our residents.”

“This landmark law provides family members and law enforcement officers with an essential tool to stop gun violence before it starts,” Bruck said. “We are using the authority given to us by Governor Murphy and the Legislature to help keep dangerous weapons out of the hands of those who pose an extreme risk to themselves or others. This isn’t about taking guns away from law-abiding citizens. This is about keeping the public safe in the most dangerous circumstances.”

“This act provided another tool for both law enforcement and the public to keep a firearm out of the hands of an individual who poses a threat to themselves or the public,” said Colonel Patrick Callahan, Superintendent of the New Jersey State Police.

“Keeping the public and law enforcement aware of the availability of ERPO’s is just one of many tools we are utilizing to reduce gun violence and protect the lives of New Jersey residents,” said Director Lyndsay V. Ruotolo of the Division of Criminal Justice. “I am proud that New Jersey law enforcement, under the General’s leadership, has maximized the use of the important tool the Governor has given us through the ERPO Act.”

Since the ERPO Act and Extreme Risk Directive took effect, the Attorney General’s Office has trained law enforcement officers across the State to implement the Act.  Specifically, the Office of the Attorney General—in partnership with the Administrative Office of the Courts—has conducted 16 training sessions for prosecutors and law enforcement officers across New Jersey on the Act, the Directive, and the process to file a petition, to ensure that law enforcement were prepared to make effective use of these orders, and to inform the public about the availability of this life-saving tool.

The Extreme Risk Directive instructs law enforcement officers and prosecutors on whether and when to file for an ERPO, how to inform and assist the public on ERPO petitions, and the standards and processes for doing so. In particular, the Directive instructs that law enforcement officers have a duty to educate people on the availability of ERPO petitions, and specifically to inform family and household members at risk of firearm violence of the Act and its procedures. The Directive also confirms that law enforcement officers must seek an ERPO from the court whenever they have probable cause to believe that a person poses an immediate and present danger of causing bodily injury to self or others by having custody or control of, owning, possessing, purchasing, or receiving a firearm.

At the same time, the Extreme Risk Directive confirms that law enforcement officers have a variety of other important tools to intervene in moments of crisis. These can include the Prevention of Domestic Violence Act, the Sexual Assault Survivor Protection Act, a mental-evaluation referral, a civil commitment, or criminal complaints, investigations, or charges. But while families and household members did have the authority under the Prevention of Domestic Violence Act to seek orders prohibiting gun ownership during moments of crisis, they previously could only do so where an act of domestic violence had occurred—they do not need to make such a showing to obtain an ERPO.

“The approach is simple: Treat the root causes of violence; keep guns away from those most likely to harm others; and take swift action against those who break the law. Taken together, these efforts are making New Jersey a national model for tackling this public health crisis,” Bruck said.

For more information about how NJ is combating gun violence, click here. 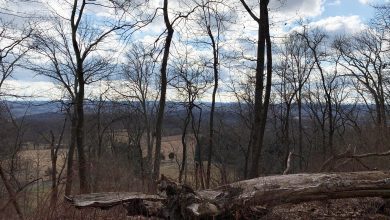