PARSIPPANY-TROY HILLS, NJ (Morris County) – The Morris County Board of County Commissioners is inviting residents of Morris County and beyond to join them Sept. 12, 2021, Sunday, at 6:00 p.m. to observe the 20th Anniversary of the September 11, 2001 terrorist attacks with a special remembrance ceremony at the Morris County 9/11 Memorial on West Hanover Avenue in Parsippany-Troy Hills.

Keynote remarks will be provided by Firefighter Rebecca Asaro, who joined the Fire Department of New York (FDNY) along with three of her brothers in honor of their father, Carl Francis Asaro, one of 343 FDNY members killed on Sept. 11, 2001. He died just a month shy of his 38th birthday.

Asaro’s firehouse in Midtown Manhattan was the hardest hit that day. Fifteen firefighters on Engine 54, Ladder 4, Battalion 9 – an entire shift – died as they responded to the devastation as it was unfolding at the Twin Towers.

Rebecca was only 9 years old when she, four siblings and her mother, Heloiza, lost their father and husband.

“I joined because my father was a firefighter who died in 9/11. Four of us followed in his footsteps, with my younger brother and me graduating the academy in 2019,” Rebecca said, noting she has uncles and close family friends who also are firefighters.

Carl, Jr., now 33 years old, was the first to join, followed by 32-year-old brother Matthew. Rebecca, 29, and younger brother Marc, 27, were featured in several news features when they graduated the academy two years ago.

Rebecca is now a member of Engine 54 – her father’s unit.

Fila will introduce Rebecca, who he has known since she was a child.

“John knew my family, my dad. He is a longtime family friend. It’s an honor working with him,” said Rebecca.

Morris County lost 64 residents in the terrorist attacks in New York, Pennsylvania and Washington D.C., on Sept. 11, 2001, and annually conducts a remembrance ceremony.

“Morris County is proud to annually commemorate the events of September 11th, 2001 even during a global pandemic. As this year marks the 20th anniversary of that tragic day, we are honored to be joined by Rebecca Asaro and to have John Fila return to stand with all of us at our memorial to once again say a prayer and echo our nation’s vow two decades later to never forget,” Commissioner Director Stephen H. Shaw said.

The Morris County 9/11 Memorial on West Hanover Avenue in Parsippany-Troy Hills was constructed to pay tribute to the nearly 3,000 people killed in the attacks, with an emphasis on the 64 Morris County residents lost that day. The names of all who died are engraved in ruby-colored paving stones set in the walkway surrounding the memorial, and the names of each of the 64 Morris County residents killed are additionally listed on individual, brass plates affixed atop of the memorial’s inner wall.

The county’s 9/11 event will include musical interludes, a chorus, and the march of a color guard up West Hanover Avenue to the Memorial that will include police, fire, rescue and emergency personnel from across Morris County. A special invocation will accompany a lighting of candles and the traditional reading of the names of each person from Morris County who died.

Seating at the Memorial is limited, so the public is encouraged to bring lawn chairs to the outdoor observance. Parking will be available at the Morris County Department of Human Services building at 340 West Hanover Ave., on the Morris Township side of the street. Shuttle buses will be available to transport those in need the short distance to the Memorial.

Police, fire departments and rescue squads from across the county are invited to participate by sending one apparatus per department and assembling at 4:30 p.m. at the Morris County Public Safety Academy, 500 West Hanover Ave., in Parsippany-Troy Hills.

Driver critical after colliding with tractor-trailer in Lopatcong Twp. 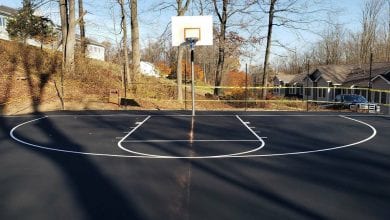