MORRISTOWN, NJ (Morris County) – The Morris County Freeholders honored retiring Morris County Prosecutor Fredric M. Knapp Tuesday, presenting him with an etching of the Morris County Courthouse and an official resolution recognizing his many years of public service, as he walked out of his offices in Morristown amid a farewell celebration organized by his staff.

Freeholder Director Deborah Smith, Freeholder Douglas Cabana, and Freeholder Tayfun Selen presented the mementos to Knapp during a “walk out” ceremony held on Court Street, where about 100 people had gathered to wish him well. Knapp has served as Morris County prosecutor since Dec. 14, 2012.

“Certainly, our Prosecutor Fred Knapp deserves the fanfare we bestow on him today because well before Fred became our prosecutor, he was already a well-known and active member of our Morris County community,” Smith said. “Whether it was working for the sheriff’s office or the county, or serving as a Deputy Attorney General and Special U.S. Attorney, Fred was always involved in public service for the past four decades. So we want to thank you, Fred, for your life-time dedication to public service, as well as your eight stellar years as our prosecutor.”

Knapp’s 42-year legal career included extensive work in labor law, but he has not indicated what his next career move will be. He retires only as prosecutor, not from the practice of law, Knapp noted.

He was initially appointed as acting prosecutor in 2012 by Governor Chris Christie, and was confirmed by the state Senate to the post on June 27, 2014.

Knapp brought decades of experience to the job, having investigated and prosecuted organized crime and labor racketeering while a Deputy Attorney General for the New Jersey Division of Criminal Justice from 1979 to 1983. He also was sworn in as a Special Assistant United States Attorney in 1981 and assigned by the Department of Justice to the Organized Crime and Racketeering Strike Force.

After making narcotics enforcement a priority for his administration, Knapp was named “Prosecutor of the Year” on June 8, 2017 by the New Jersey Narcotics Enforcement Officers Association. He also became one of only 35 prosecutors selected by the National District Attorneys Association to serve on its Opioid/Heroin Task Force to develop a national strategy to combat the opioid epidemic.kn

The freeholders’ resolution recognized Knapp’s tenure as being “marked by his extensive efforts at community outreach and his strong sense of duty, fairness and compassion in the administration of criminal justice.”

Governor Phil Murphy said he intends to nominate attorney Robert J. Carroll to replace Knapp, but in the meantime will appoint him to serve in the post as Acting Morris County Prosecutor this week. 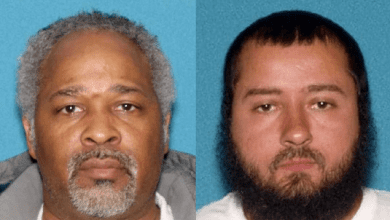