MORRIS COUNTY, NJ – The Morris County Board of Freeholders unanimously adopted a resolution demanding that Jersey Central Power & Light (JCP&L) refund ratepayers who suffered through an extended power outage after Tropical Storm Isaias, and that the utility company reimburse customers any food and medicine that spoiled due to the power loss.

When Isaias hit New Jersey on Aug. 4, the storm left 500,000 JCP&L customers without power, including 130,000 Morris County residents – 30,000 of whom remained without power for five days after the storm. The duration of that outage was not only unacceptable, according to the freeholder resolution, but it also was potentially life-threatening to people requiring power for medical reasons.

The resolution contends JCP&L failed to properly communicate with its customers and public officials as the outage stretched out for days after the storm, and that the utility was inordinately slow in restoring power to thousands of households.

“This is about the corporation and those who run it, not the line crews who literally risked their own safety when JCP&L recruit them to deal with downed power lines and storm-damaged trees,” said Freeholder Tayfun Selen, who introduced the resolution. “I fully respect the dangerous work those men and women do for us. But the corporate officials failed on a basic level to communicate with the families left without power. They even issued inaccurate information to the public about where residents could obtain ice and water. This is all unacceptable.”

The resolution, adopted at a public meeting Thursday night, demands that: 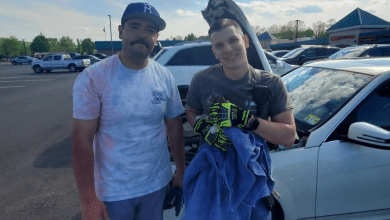