MORRIS COUNTY, NJ – There was a time when “Railroaders,” as they were known, were revered in New Jersey and around the nation.

In Morris County, the term “railroader” became a catchall phrase for railroad employment, from those who worked on the railroad and at the depots to ticket agents and, of course, the engineers, who were written about in absolutely heroic terms in early newspapers of the 19th Century.

It was a time in America when the railroads served as a commercial boon for the towns they served, whether it be commuter trains or the freight lines. The “Iron Horse” allowed for settlements in the west, and the growing railroad network allowed wealthy northerners to winter in the south, establishing Florida as the place for “snow birds” more than a century ago.

Morris County historians are compiling lists and records of the local men and women who built, supported and just made the railroads go in those early days and are asking anyone with photographs to share them. The county is interested in any aspect of railroad employment.

Please contact Jan Williams in the Morris County Office of Planning & Preservation at jwilliams@co.morris.nj.us if you have photographs to offer.

It is an important aspect of Morris County history worth documenting.  Railroads were once a staple in Morris County life. They provided shopkeepers with goods, afforded speedy mail delivery and, most importantly, were a key source of employment. Railroads served as a companion tool for the Morris Canal; eventually overtaking the canal as a favored transportation mode for ore, goods and people.

There are examples of “canalers” trading life on the water for one on the rails.

It is worth noting for the “railroader” enthusiasts that Morris County boasts its own steam locomotive, which is pictured on this page. The United States Army Steam Locomotive No. 4039 is listed on both the New Jersey State and National Registers of Historic Places.

The locomotive has been under restoration with the help of a large federal grant, public donations and funds from the Morris County Historic Preservation Trust Fund. The fund also has helped to restore and preserve historic railroad stations, such as in Butler and Lake Hopatcong, and even support systems, including the Boonton train trestle.

Locomotive No. 4039 will be housed at the Whippany Railroad Museum, which is dedicated to preserving and recording the history of railroad activity in the region.

Learn more about the museum at www.whippanyrailwaymuseum.net. 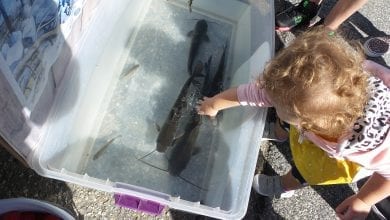