MORRIS COUNTY, NJ – The Morris County Board of County Commissioners presented Resolutions of Honor this week to five organizations that greatly assisted county first responders in dealing with the COVID-19 pandemic at key points since the days when the deadly virus first hit the region.

“Everyone in Morris County is grateful to those who helped us get this far and overcome the pandemic, despite the many people we lost in our two-year journey. Tonight, we want to honor the efforts of five of Morris County’s COVID-19 response partners,” said Commissioner Director Tayfun Selen, as the presentation ceremony began this past Wednesday night during a Commissioners’ work session meeting in Morristown.

“I must start by acknowledging the enormous work undertaken by our Department of Law and Public Safety and the Morris County Sheriff’s Office in safeguarding us all when the pandemic hit,” Director Selen said. “The organization and coordination of local and county agencies was cited by the State of New Jersey almost immediately in 2020 as a model pandemic response for the rest of the state to follow. … On behalf of the Board of Commissioners, let me thank you and your teams again. We are in your debt.”

The response strategy was developed by county emergency personnel before the first case of the virus was documented in New Jersey in early March 2020. It involved connecting with private and public partners to plan everything from distributing personal protection equipment to safeguarding the most vulnerable populations in the county.

The honors presented Wednesday focused mainly on the work put into setting up three testing centers over the past two years at the County College of Morris, as well as the set up and operation of the Morris County COVID-19 Regional Vaccination Center. The vaccination center was established in a former Sears retail center at the Rockaway Townsquare Mall in Rockaway Township, and operated from Jan. 8, 2021 through July 16, 2021, issuing more than 340,000 vaccinations.

“You all played such a critical role in Morris County’s, the state’s and the whole country’s efforts – in the vaccination effort and the testing effort. Let’s take a moment to appreciate how tough those times were and where we are now, and what great service you brought to the people. I mean the compliments we received from people who went to both the vaccination and testing centers were just terrific. The service you provided was so important. You changed lives and saved lives. And we cannot thank you enough,” said Commissioner Deputy Director John Krickus.

On Jan. 8, 2021, the Morris County COVID-19 Regional Vaccination Center, what was commonly called a state “mega-site,” opened in the empty Sears store which the county Department of Law and Public Safety selected two months earlier for a massive vaccination operation. Governor Phil Murphy attended the opening and he voiced full confidence in the operation, even before the first shot was administered, saying “Morris County runs like a top.”

But there were uncertainties of what to expect. The partners who established the center share a common assessment of that period during the pandemic: “We were building the plane while we were flying it.”

Those partners included Atlantic Health System, which was handling the vaccinations, and Saint Clare’s Mobile Intensive  Care Paramedics, who staffed the center for the first few months because, at the time, the vaccinations were largely unknown and there were reports of allergic reactions.  C-Troop of the National Guard, also a partner at the center, went from helping to set up the facility to working on logistics, registration, crowd flow, patient observation areas and taking on any other tasks that needed to be done.

The Governor’s confidence proved to be well placed. Operations ran smoothly and the center was declared to be a model for other vaccination sites.

Atlantic Health System and the County College of Morris (CCM) helped Morris County establish a drive-through testing center in the college’s Parking Lot No. 1 on March 30, 2020, just weeks after the virus spread throughout New Jersey. It was a time when the state and much of the nation were locked down, and people were afraid to go near each other, but the testing proved important in the early days to monitor the virus spread and offer residents an ability to know if they were infected.

CCM rose to the occasion on two additional times when testing was needed, opening its student center on Dec. 14, 2020 to allow for no-cost, PCR tests and dispensing 21,000 before the center was dismantled July 16, 2021. When a contagious variant of the virus again emerged last December, CCM volunteered its Student Center for a testing center that opened Jan. 10 and served the public until March 11.

LabQ Diagnostics, which had just opened a new headquarters in May 2021 in Mount Olive, was enlisted to provide the COVID-19 tests the last time the testing center was open. Mount Olive Mayor Robert Greenbaum and his staff connected the healthcare company with Morris County’s first responders, and LabQ served more than 1,000 people daily in in the first few weeks of operation.

Accepting the Honors on Wednesday:

Lab Q Diagnostics: Unable to attend, but receiving resolution on another date.

Home health aide who stole nearly $10K from client is still on the loose, prosecutor says 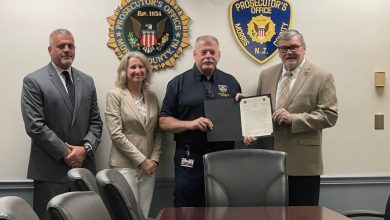 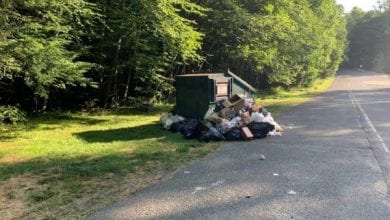