MORRIS COUNTY, NJ – Morris County’s Board of County Commissioners today celebrated Women’s History Month and International Women’s Day by honoring the Girl Scouts of the USA and presenting awards to two Morris County women for making a significant difference in the community.

“Tonight, we celebrate International Women’s Day as well as recognize Women’s History Month, which this board will do officially through a special resolution,” Commissioner Director Tayfun Selen said. “However, we also will pay tribute to the Girl Scouts of America turning 110 years old, and salute one of the founding members of our Morris County Advisory Committee on Women — and honor a Morris County woman whose inspiration to other women in our community has earned her the 2022 Seed of Change Award.”

Carole Harper of Morris Plains, one of the original members of the Morris County Advisory Committee on Women, was honored for her nearly two-decades of service on the committee with a special Resolution of Honor issued by the board.  Harper previously serviced on the County College of Morris Board of Trustees, where she helped to establish a scholarship fund that has provided financial aid to women seeking to expand their education for over 20 years.

“Thank you so very much for this recognition. The focus of my professional life and community service have been as an advocate for women and their families. I am especially proud to have been part of the establishment of the Morris County Advisory Committee on Women. Since 2003 the Committee as sought to identify the needs and concerns of the women of Morris County. As our county grows so do the challenges faced by our families, foremost our women,” Harper said.

Thanking the people she worked with over the past 20 years, Harper also commended the Commissioners for providing the services to address problems such as homelessness, abuse, child care and employment for women and for supporting not-for-profit agencies seeking to provide solutions to those problems.

“There was one thing that happened to me when I was younger, when someone said, ‘You only volunteer because it makes you feel good.’  And I was offended at first … and finally I realized that, there’s nothing wrong with feeling good about helping people. It kind of became my thing. The purpose of life is not just to be happy all the time. It’s to make a difference and to help those around you,” said Ledyard in accepting the award.

Inspired by the example of the late state Sen. Leanna Brown, a groundbreaking leader in Morris County, the “Seeds of Change Award” had been issued only twice – in 2018 and 2019 –before the COVID-19 pandemic temporarily interrupted the Advisory Committee activities.

Ledyard was noted for her many years of volunteerism, from groups assisting children with developmental disabilities and restoring trout habitat, to aiding veterans with post traumatic stress disorder, raising funds for St. Clare’s Hospital in Dover, and aiding victims of war and disaster through Project Kind. She also has worked with Family Promise, homeless shelters, food pantries and helped children and families in need.

The third honor of the event was presented to Girls Scouts of the USA in recognition of the organization’s 110th Anniversary and National Girl Scout Week, which runs from March 6 through March 12, 2022. Accepting a Resolution of Honor on behalf of the organization was Jeannine Perry of the Girl Scouts of Northern New Jersey and some North Jersey Girl Scouts: Jillian Hamway, Alexa Hamway, and Corra Perry.

Girls Scouts is the largest and most impactful leadership program for girls around the world. The organization was founded on March 12, 1922 by Juliette Gordon Low of Savanna, Georgia after she met the founder of Scouting, British Officer Robert Baden-Powell.

“Our girls and volunteers affect positive change in our community and the world through small acts of kindness and through big ideas that make a lasting impact. Through the Girl Scout leadership experience, we build girls of courage, confidence and character who do make the world a better place; and the Girls Scouts and volunteers of Morris County thank you for your honor and proclamation,” Gordon Low said as she accepted the Morris County resolution of honor.

The resolution noted Girls Scouts has emphasized public service and civic engagement, and fostered a sense of community in girls. The organization also has worked to champion their ambitions, cultivate their talents and develop their skills to confidently pursue their passions and make the world a better place.

“Now, Therefore, Be It Resolved, by the Board of County Commissioners, Morris County, New Jersey, that the week of March 6 to March 12, 2022 be proclaimed Girl Scout Week in Morris County, and that the Girl Scouts of the USA and Girl Scouts of Northern New Jersey be wished continued success as they embark on another century of nurturing and shaping the leadership abilities of girls everywhere,” the resolution concludes. 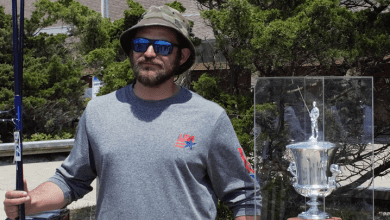