MANSFIELD TOWNSHIP, NJ (Warren County) – A Morris County man was arrested after he allegedly threatened to kill his ex-girlfriend and her family members and sent explicit videos to the victim’s family members, according to Mansfield Township police.

On October 9, police received a complaint in reference to an ex-boyfriend, a 25-year-Dover man whose name was not released, who was threatening to shoot the victim, kill her entire family, stab her for each year she was alive, and kill their child. This was all done via text message which was observed by the officer handling the complaint, police said.

The man also sent explicit videos to the victim’s family members. While the victim was at police headquarters the man continued to send threatening text messages, police said.

A warrant was issued for third-degree terroristic threats, third-degree invasion of privacy and fourth-degree cyber harassment. He was arrested by Dover Police on October 11 and was transported to the Warren County Jail by Mansfield Police pending a court hearing, police said.

He was also served with a restraining order at that time, police said.

On October 30, he violated the restraining order by texting and FaceTiming the victim. A warrant was issued and remains active, police said. 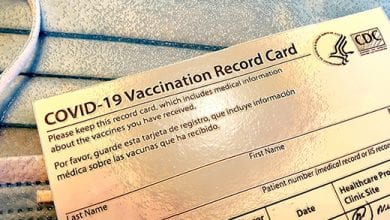 Senator Bucco: Gov. Murphy has no plan to address worker shortages caused by his vaccine mandates