Kurt Phelps, 53, of Flanders pleaded guilty by videoconference before U.S. District Judge Kevin McNulty to one count of conspiracy to commit bank fraud and one count of bank bribery. Three of Phelps’ conspirators previously pleaded guilty in connection with the fraud scheme, Sellinger said.

According to documents filed in this case and statements made in court, from 2013 through 2019, Phelps and his conspirators carried out a scheme to defraud Phelps’ employer, a bank. They obtained millions of dollars of credit from the bank for Starnet Business Solutions Inc. a now defunct New Jersey-based printing company where Phelps’ conspirators worked. Phelps’ conspirators paid him large cash bribes in connection with the fraud scheme

Phelps was aware that financial information Starnet provided to the bank for the line of credit was materially false, and coached Starnet on how to defraud the bank. Phelps would review draft financial information for Starnet and provide feedback on how his conspirators should falsify the information before submission. Phelps also worked to ensure that the bank did not detect the fraud scheme by helping Starnet avoid audits and other quality control measures employed by the bank.

The conspiracy to commit bank fraud and bank bribery charges each carry a maximum potential penalty of 30 years in prison and a $1 million fine, or twice the gross gain or loss from the offense, whichever is greatest, Sellinger said. 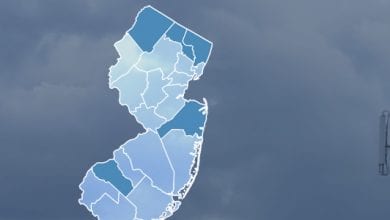