Christopher Faschan, 31, of Landing pleaded guilty before U.S. District Judge Brian R. Martinotti in Newark federal court to an information charging him with one count of unlawful possession of destructive devices and one count of being a felon in possession of firearms and ammunition.

According to documents filed in this case and statements made in court, on Feb. 1, 2019, Faschan drove to the home of a person identified in court documents as “Individual 1” in Stanhope, New Jersey, and displayed what he claimed to be a bomb. Shortly thereafter, Faschan detonated the bomb in the area of Lake Lackawanna in Stanhope.

On Feb. 4 law enforcement agents interviewed Faschan, who said that he had ignited the bomb. He described it as two pounds in weight and explained how he used and mixed Potassium Perchlorate, Aluminum Powder, and Tannerite to make several bombs that were in his home.

Law enforcement agents executed a court-authorized search of Faschan’s home and recovered a cache of weapons, ammunition, and firearms, including: 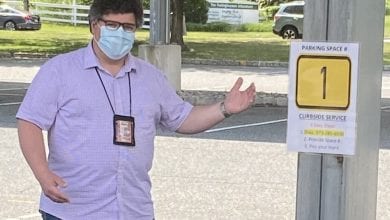