FLORHAM PARK BOROUGH, NJ (Morris County) – A Morris County man suspected of stealing over $15,000 worth of dirt bikes in Florham Park Borough has been arrested, according to a post on the Florham Park Police Department and Office of Emergency Management’s Facebook page.

In late April, police took a report of a burglary to a secured structure behind a residence in town. During the burglary, which occurred in the overnight hours, multiple motorized dirt bikes were stolen, having a combined approximate value of over $15,000, authorities said.

Due to several homes in the immediate area with surveillance cameras, combined with the police department’s local Automated License Plate Readers (ALPRs), a suspect vehicle was identified the day of the report, the post said.

Through various investigative means and surveillance video at other locations in Morris County, Detective Frank Pietropinto was quickly able to identify Denzel Johnson, 28, with a last known residence in Morris Plains as the suspect, authorities said.

Over the next couple of months, Detective Pietropinto submitted numerous subpoenas and court orders while actively searching known addresses for our suspect. The Morris County Prosecutor’s Office, who is the prosecuting authority in this case, requested and sought additional legal documentation, the post said.

Once all of the court orders and subpoenas had been served and returned to Det. Pietropinto, on October 7, 2022 he was approved to issue a warrant for the arrest of Johnson, the post said.

Johnson was arrested on October 14 in Saddle Brook on an unrelated offense and during that investigation, the criminal warrant was discovered, authorities said.

Johnson was charged with third-degree burglary, third-degree theft by unlawful taking, and criminal mischief. He was then transported to the Morris County Correctional Facility where he was released the following day in accordance with Criminal Justice Reform, the post said. 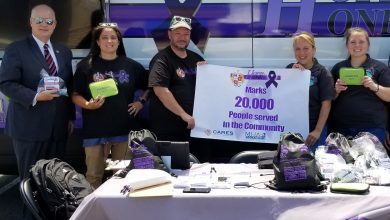 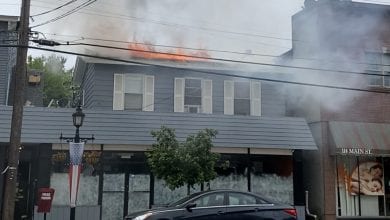