It is alleged that at approximately 7:24 a.m. on May 17, law enforcement received a 9-1-1 call regarding a fire at 37 Chestnut Hill Drive East in Deville Township, Carroll said.

Upon arrival to the scene, police located Anthony Citro outside the residence, with apparent blood on his clothing and smoke was observed coming from the residence, Carroll said.

Members of the Denville Volunteer Fire Department responded to the scene and extinguished the fire, which was later determined to be incendiary, Carroll said.

While suppressing the fire, the body of Eileen Citro, 68, who was the defendant’s mother, was located inside the residence, Carroll said.

“The cause of death has been ruled homicide by the Morris County Medical Examiner’s Office. The manner of death was determined to be sharp force injuries,” Carroll said. 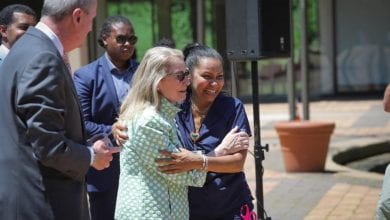 3 airlifted to hospital after head-on crash in Sussex County