MORRISTOWN, NJ (Morris County) – A Morris County man has been sentenced to 11 years in prison for possession of child pornography, according to Morris County Prosecutor Fredric Knapp.

Gary Anderson, 45, of Madison was sentenced Friday by the Honorable Robert Hanna, J.S.C., to 11 years in New Jersey State Prison for the second-degree possession of child pornography and 7 years in New Jersey State Prison concurrent for the third-degree possession of child pornography. He is also subject to Megan’s Law registration and Parole Supervision for Life, Knapp said.

Anderson admitted that he utilized his home computer to upload over 1,000 images of child pornography between the dates of December 16, 2018 and July 18, 2019. He also admitted to subsequently possessing one additional image of child pornography between the dates of September 1, 2019 and October 31, 2019.  The Morris County Prosecutor’s Office was first alerted to the computer upload by the National Center for Missing and Exploited Children, Knapp said.

“We must work to prevent the exploitation of our children, especially by repeat, habitual offenders. The sentence imposed by the Court demonstrates the seriousness with which Morris County Law Enforcement prosecutes such cases. Hopefully this sentence will also deter others from even contemplating such horrific acts,” Knapp said. 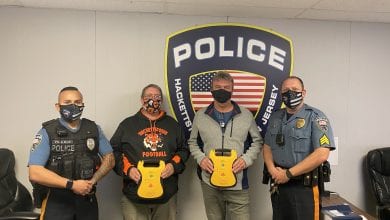