UNION, NJ (Union County) – A Morris County man has been arrested and charged in connection with a hit-and-run accident that left a 12-year-old child fatally injured in Union, according to acting Union County Prosecutor Lyndsay Ruotolo.

Jose V. Marrero, 37, of the Lake Hiawatha section of Parsippany-Troy Hills, turned himself in to authorities Friday evening and was charged with second-degree leaving the scene of a fatal accident in connection with the death of Jeremy Maraj of Union, Ruotolo said.

Union Police responded to a report of a pedestrian being struck by a vehicle shortly before 8:00 p.m. on Wednesday, July 17 in the area of Forest Drive and Galloping Hill Road, Ruotolo said.

Maraj was transported to University Hospital in Newark, where he was pronounced dead two days later, Ruotolo said.

A joint investigation by the Union County Homicide Task Force and Union Police Department revealed that Marrero was driving his work vehicle, a Nissan NV200 cargo van, when he allegedly struck Maraj.

Marrero was lodged in Union County Jail pending a first appearance and detention hearing to take place in Superior Court during the coming days.

Anyone with information about this matter still is being urged to contact Task Force Detective Sean Holcomb at 908-358-8377 or Union Police Officer Michael Salerno at 908-851-5070.

Convictions on second-degree criminal charges are commonly punishable by 5 to 10 years in state prison. 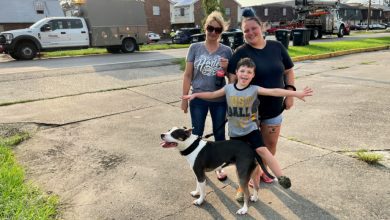