NEWTON, NJ (Sussex County) – A Morris County man who attacked a boy at Mountain Creek in 2016 will spend each of the next three Valentine’s Days in jail.

Samuel Caruthers, 47, of Mountain Lakes was sentenced by the Honorable Thomas J. Critchley, Jr., J.S.C., at the Sussex County Courthouse in Newton on June 26.

Caruthers was convicted on April 3, 2019 after a jury trial, of third-degree endangering the welfare of a child, fourth-degree unlawful possession of a weapon, and a disorderly persons simple assault.

The jury found that on February 14, 2016, while at a Mountain Creek ski slope in Vernon Township, Caruthers assaulted a 12-year-old snowboarder by punching him in the face multiple times and/or striking him with a ski pole causing injuries to the boy’s back, ribs and lip.

Caruthers must submit to a thorough psychiatric evaluation and an evaluation of his personality, successfully complete an approved anger management program, perform 200 hours of community service work, have no contact with the victim and his family, submit a DNA sample and pay fines and fees totaling $1,455.00. 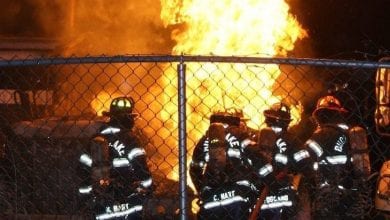