MORRIS COUNTY, NJ – Commendations were provided Thursday to members of the Morris County Prosecutor’s Office (MCPO) investigative, legal and support staff teams, as well as the Roxbury Township Police Department and Tennessee Highway Patrol for their efforts in apprehending and securing the prosecution of a man who had been a fugitive from justice for almost 30 years.

Richard A. Ziegler was sentenced on May 28 to 10 years in prison in connection with sexual offenses involving minor victims that took place in the Township of Roxbury between December 1981 and May 1987.  He had been a fugitive until he was apprehended in Oneida, Tennessee in 2020 by the Tennessee Highway Patrol’ Criminal Investigations Division after he used falsified documents to obtain a driver’s license in Tennessee under an assumed identity.

“Ziegler remained a fugitive from justice for over 30 years. Intensive follow-up by members of the MCPO and Tennessee Highway Patrol resulted in new information and a positive identification,” said Morris County Prosecutor Robert J. Carroll. “Had it not been for the individual and coordinated efforts of Sgt. Jonathan Scott of the Tennessee Highway Patrol, MCPO Sgt. Anne-Marie Truppo, Supervising Assistant Prosecutor LaJuan Tucker and Roxbury Police Department Det. William Manisa, the victims would still be without justice and closure. Supervisor Holloway took the initiative to research and provide the victims with support in the states where they live.” 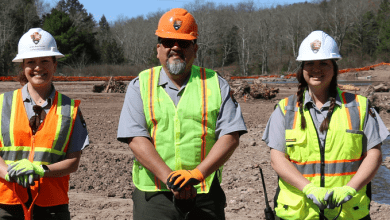