MORRIS COUNTY, NJ – The Morris County Correctional Facility on Tuesday began an orderly, staggered release of 28 non-violent offenders in compliance with a New Jersey Supreme Court order that suspended county jail sentences of certain inmates to minimize risks of the spread of COVID-19 in correctional facilities, according to Morris County Sheriff James Gannon.

All of the released inmates have been provided with a basic ID made by the Morris County Sheriff’s Office to facilitate their re-entry into the community. Before the release began, there were 200 inmates housed at the jail.

Warden Christopher Klein said that all the inmates, prior to release, are having their temperature taken and are being asked a series of questions about their health and whether they are experiencing coronavirus-type symptoms, such as a cough, shortness of breath, runny nose or sore throat.

If an inmate to be released exhibits or indicates illness, he or she will be held until a medical evaluation is done, Warden Klein said.

“We are living in an extraordinary period of time as the courts have recognized. The release of inmates, pursuant to court order from the Morris County Correctional Facility, is being conducted in a smooth and orderly manner, with assurances that all being released have an address to go to, transportation to that address, and are not exhibiting signs of illness,” Gannon said.

“With the safety of the community paramount, the inmates being released by court order were carefully selected and not considered a danger to the public, Gannon said.

The release eligibility of specific inmates was made by Public Defenders and the Morris and Sussex County Prosecutor’s Offices, and approved by orders of the Superior Court.

Warden Klein said that Sussex County Correctional Facility Officers are transporting inmates back to Sussex County if they were not able to secure a ride.

The release of some inmates is in compliance with the state Supreme Court order signed Sunday that suspended or commuted county jail sentences for low-risk inmates in light of the public health emergency caused by COVID-19.

The order, signed after conferences with the state Attorney General’s Office and New Jersey Association of County Prosecutors, and upon a petition by the New Jersey Office of the Public Defender, commutes or suspends county jail sentences currently being served by county jail inmates either as a condition of probation for an indictable offense or because of a Municipal Court conviction.

When the public health emergency is declared over, those released from jail will have to appear in Superior Court to determine whether their custodial sentences should be reinstated or commuted.

Other aspects of sentences, such as no-contact orders and drivers’ license suspensions, remain in effect for inmates released through the Supreme Court order. 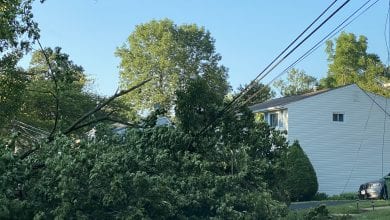