Corporal Frank Benevento and Detective Edward Zienowicz were promoted to the rank of Sergeant.  Both officers will be assigned to the Court Services Division.  The officers were promoted in a ceremony held on September 24, 2021, in the Historic Courtroom of the Morris County Courthouse with family and colleagues present.

Sheriff James M. Gannon began the ceremony saying, “These promotions are the result of hard work, dedication, loyalty, and most of all, leadership that both of these individuals have demonstrated.  Leadership is a combination of honorable character and selfless service to the public and our agency.”

Sergeant Benevento began his career serving the public with the United States Postal Service and later became a Correctional Police Officer working at the Morris County Correctional Facility from 2000 through July 2003.  After graduating with the 26th class of the Passaic County Police Academy in 2002, he was hired as a Sheriff’s Officer and graduated with the 62nd class of the Morris County Police Academy in December 2003.

Sergeant Benevento began his Bureau of Law Enforcement career in the Protective Services Division, assigned to the Access Control Section. Then in February 2006 he was assigned to the Process Section of the Court Services Division and was provided the title of Corporal in April 2014. Throughout his career with the Bureau of Law Enforcement he has been closely involved with PBA Local 151 and proudly served as NJSPBA State Delegate for PBA Local 151 from September 2015 through November 2018.

“Sergeant Benevento has experience with the Corrections side and the Law Enforcement side.  He’s done a great job with the Union; he represents people very well,” Gannon said.

Sergeant Zienowicz is a lifelong Morris County resident, growing up in Boonton and graduating from Boonton High School in 1999. He went on to attend Delaware Valley College and County College of Morris graduating with an Associate’s Degree in Criminal Justice.   He later attended the College of St. Elizabeth’s obtaining his Bachelor of Arts in Justice Studies in 2015, and a Master of Arts in Justice Studies in 2016.

After being hired by the Morris County Sheriff’s Office in 2005 he successfully completed the Basic Police Recruit Class #66, at the Morris County Public Safety Training Academy.   After the academy, he was assigned to the Protective Services Division for approximately nine years, where he worked in a uniform capacity primarily conducted security within the Courthouse and protected the Superior Court Judges and staff, as well as assisting other police agencies within Morris County with various law enforcement operations.  Additionally, he was a member of the Sheriff’s Emergency Response Team (SERT), New Jersey State Police Marine Unit, and Morris County Sheriff’s Officer Honor Guard.

In his free time, Sergeant Zienowicz enjoys spending time with his wife and their four children, along with hunting and fishing.

“Sergeant Zienowicz is a good man and a good leader.  He has been involved in some dangerous situations.  He has also represented us well and he will bring the Officers up and show them the way,” Gannon said. 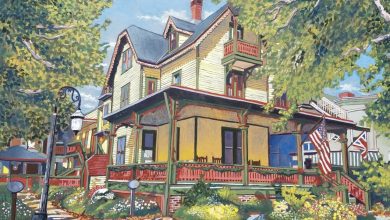 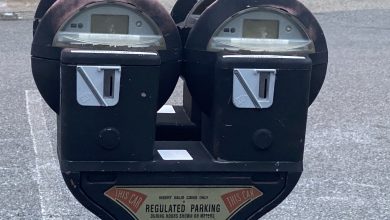