“I am very thankful for the great work you do, and I salute you. I am also thankful to your families for supporting them. My staff is invested 24/7 to do what’s right. The public deserves the best services and that’s what the Morris County Sheriff’s Office provides,” Morris County Sheriff James M. Gannon said.

“Exceptional work is done here. I am privileged to stand here as your Sheriff and recognize moments of memorable instincts and skill. These are situations that would have a significant impact on other people. These officers and support staff are highly skilled in their specialty, proving time and again the very best in what
they do. Having the Bureau of Corrections with the Bureau of Law Enforcement and the newly added Patrol Division all together makes this year’s ceremony even more special,” Sheriff Gannon said.

The medals and recipients are as follows:

Evacuation of people from Halsey Island, Lake Hopatcong due to a fire and dangerous conditions.

Identified a missing person out of Florida. The missing person was estranged from his family for approximately twenty (20) years. The family was overcome with emotion upon learning their relative was still alive. This was due to Det. Zaharopoulos’s good work and attention to detail with fingerprint comparisons.

Search and rescue of two missing juveniles in Long Hill Twp. The juveniles were missing from the
Bonnie Brae School in Basking Ridge.

Worked on an investigation involving multiple commercial burglaries in an around Morris County. Utilizing information from other similar crimes outside of Morris County was able to identify and locate the residence of one suspect resulting in charges being filed against that person.

Assisted multiple citizens at multiple incidents in the aftermath of Hurricane Ida. All persons were rescued from flood conditions in the Parsippany Troy-Hills Twp. area.

The medical personnel of the Morris County Correctional facility are recognized as a unit for their dedication, sacrifices, and devotion to duty at times when the medical unit was in need.

“These ladies work in harm’s way every day. During COVID they couldn’t work from home. I’m very appreciative what you have done. Thank you for the services you provide not only to the inmate population but to the officers and staff at the Correctional Facility. It does not go unnoticed. Thank you,” Gannon said.

Witnessed and rendered aid to a motorist who experienced a medical emergency. She acted quickly and decisively to improve the condition of the individual. She stayed with the motorist until additional medical personnel arrived on scene.

Assisted multiple citizens at multiple incidents in the aftermath of Hurricane Ida. All persons were rescued from flood conditions in the Parsippany Troy-Hills Twp. area.

Successfully assisting Rockaway Twp. Police with the search for a missing 90 year old woman with dementia in below freezing temperatures.

Instrumental in identifying and assisting with the emergent medical needs of a fellow officer while on duty. Officer Nauer took actions to care for his fellow officer and get medical attention to his location without delay.

Recognized for his devotion to duty and service to the public in assisting a citizen with their life situation and navigation through the Hope Hub program.

Tirelessly pursued leads for unknown suspects who perpetrated a robbery and sexual assault on the Traction Line Recreation Trail. While following up on leads for the case, both officers observed the suspects in the Town of Morristown wearing the same clothes described by the victim. The officers’ efforts, tenacity, and attention to detail resulted in the arrest and charges placed on two (2) suspects bringing public acclaim to the Office and
themselves.

Exceptional performance with instructor recognition in attaining certifications in a multitude of specialties including high angle rescue.

Without regard to her own safety, blocked oncoming traffic to shield a motorcyclist from further injury after they had struck a deer. Officer Haskin provided medical assistance to the motorcyclist and maintained the injured rider in a stabilized condition until further help arrived on scene.

Her dedication, determination, and hard work contributed greatly to the smooth transition of the merger involving the Park Police to the Sheriff’s Office.

Sheriff Gannon was awarded the Honorable Service Medal for his actions in assisting at the Orlando airport with a disorderly person. 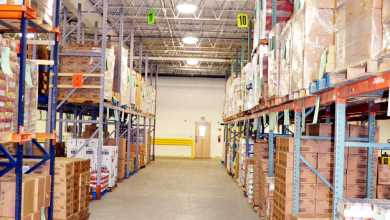