Detective Sergeant Greg Lukaszyk joined the Morris County Sheriff’s Office in January of 2008 and attended the 71st Basic Police Academy Class. He spent the first 12 years of his career in the Protective Services Division, with additional assignments to the Marine Patrol Unit and as an agency firearms instructor. During these years, He also served in the NJ Army National Guard until retiring, at the rank of Sergeant First Class, with 22 years of service in 2018. In September of 2020, he was selected to become a Detective in the Sheriff’s Office Crime Lab, with special emphasis on Ballistics and Firearms Examination. Detective Sergeant Lukaszyk has since attended the New Jersey State Police Forensic Investigations Course, along with numerous firearms training and armorer courses. With his current promotion, Detective Sergeant Lukaszyk will supervise the new Ballistics and Firearms Section within Crime Scene Investigation Services.

Sergeant Somerville earned an Associate’s degree in Criminal Justice and went on to study at the College of St Elizabeth where he earned a Bachelor’s degree in Criminal Justice in 2012. He was hired by the Morris County Sheriff’s Office in July 2013. He successfully completed his police academy training in December 2013. After his academy graduation, Sergeant Somerville was assigned to the Protective Services Division, working in Criminal Courts and Holding until April 2016 when he was reassigned to the Community Outreach and Planning Section. While assigned there, his responsibilities included the Explorer Program, Project Lifesaver, Crime Stopper’s, and the agency’s CALEA Accreditation function. He is also a member of the Marine Patrol Unit and agency Search and Rescue Operations. With his current promotion, Sergeant Somerville will now supervise the Community Outreach and Planning Section.

Chief Sheriff’s Officer Kelley Zienowicz said, “I am so proud of these three stand out members. They bring experience and knowledge to their well-deserved new ranks and will continue to be a benefit to the agency in their new roles.”

The Morris County Sheriff’s Office recognized these individuals and their accomplishments in a promotional ceremony held in the historic courtroom at the Morris County Superior Courthouse this Monday, November 7, 2022.

“It is my honor to promote Detective Lieutenant Tracy Medwin, Detective Sergeant Greg Lukaszyk, and Sergeant Travis Somerville today. I’ve witnessed each of these great leaders professionally serve the citizens of Morris County every day. I am very confident in their collective knowledge, skills, and abilities to further advance the goals and objectives of the Morris County Sheriff’s Office,” Gannon said.

These promotions will enhance the professionalism of the Community Planning and Outreach Section and the Criminal Investigation Services Division of the Sheriff’s Office, officials said. 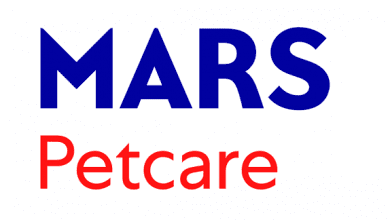