NEWARK, NJ – A Morris County woman was sentenced Tuesday to 18 months in prison for her role in a scheme to illegally smuggle millions of dollars’ worth of aircraft parts from the United States to Iran, U.S. Attorney Craig Carpenito said

Joyce Eliabachus, a/k/a “Joyce Marie Gundran Manangan,” 53, of Morristown previously pleaded guilty before U.S. District Judge Madeline Cox Arleo to an information charging her with one count of conspiracy to violate the International Emergency Economic Powers Act (IEEPA) in connection with her role in an international procurement network that smuggled over $2 million worth of aircraft components to Iran. Judge Arleo imposed the sentence today in Newark federal court, Carpenito said.

According to documents filed in this case and statements made in court, Eliabachus, Peyman Amiri Larijani, 34 – a citizen and resident of Iran – and others were part of an international procurement network that surreptitiously acquired large quantities of aircraft components from United States-based manufacturers and vendors and unlawfully exported them to entities in Iran using freight-forwarding companies in the United Arab Emirates (UAE) and Turkey. Larijani is charged by complaint with one count each of conspiracy to violate Iranian Transactions and Sanctions Regulations (ITSR), conspiracy to commit money laundering, and conspiracy to smuggle goods from the United States. Larijani was also charged in U.S. District Court for the District of Columbia in two separate indictments unsealed June 4, 2019.

Eliabachus was the principal officer and operator of Edsun Equipments LLC, a purported New Jersey-based aviation parts trading company run out of her Morristown residence. Larijani was the owner of an Iran-based procurement firm and served as operations and sales manager of a network of supply and engineering companies in Tehran, Iran, and Istanbul, Turkey.

From May 2015 through October 2017, Eliabachus, Larijani, and their conspirators facilitated at least 49 shipments containing 23,554 license-controlled aircraft parts from the United States to Iran, all of which were exported without the required licenses.

Eliabachus conspired with Larijani, whose international network helped initiate the purchase of United States-origin aircraft components on behalf of Larijani’s clients in Iran. The network’s client list included Iranian airline companies, several of which have been officially designated by the United States as a threat to national security, foreign policy, or economic interests. One company, Mahan Air Co., has been subject to sanctions by the United States for providing financial, material and technological support to the Islamic Revolutionary Guard Corps-Qods Force (IRGC-QF), and allegedly ferrying arms and reinforcements to designated terrorist groups such as Hezbollah and Hamas.

Eliabachus used her company to finalize the purchase and acquisition of the requested components from the various United States-based distributors. She repackaged and shipped the components to shipping companies in the UAE and Turkey, where Larijani and other Iranian conspirators directed the components to locations in Iran.

In order to obscure the extent of the network’s procurement activities, Eliabachus routinely falsified the true destination and end-user of the aircraft components she acquired. She also falsified the true value of the components being exported in order to avoid filing export control forms, which further obscured the network’s illegal activities from law enforcement.

The funds for the illicit transactions were obtained from the Iranian purchasers, funneled through Turkish bank accounts held in the names of shell companies controlled by the Iranian conspirators. The money was ultimately transferred into one of Edsun Equipments’ accounts in the United States. The network’s creation and use of multiple bank accounts and shell companies abroad was intended to conceal the true sources of funds in Iran, as well as the identities of the Iranian entities who were receiving U.S. aircraft components.

In addition to the prison term, Judge Arleo sentenced Eliabachus to one year of supervised release. 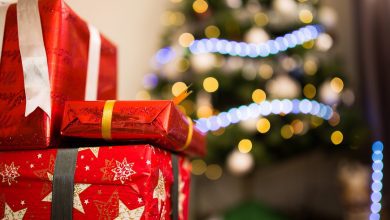 BBB warns of ’12 scams of Christmas’