A Morristown man was charged Thursday in a nine-count indictment for offenses related to his support for Hizballah and separate marriage-fraud offenses, according to the Department of Justice.

“According to the allegations, while living in the United States, Saab served as an operative of Hizballah and conducted surveillance of possible target locations in order to help the foreign terrorist organization prepare for potential future attacks against the United States,” said Assistant Attorney General for National Security John C. Demers.  “Such covert activities conducted on U.S. soil are a clear threat to our national security and I applaud the agents, analysts, and prosecutors who are responsible for this investigation and prosecution.”

“As a member of the Hizballah component that coordinates external terrorist attack planning, Alexei Saab allegedly used his training to scout possible targets throughout the U.S,” said U.S. Attorney Geoffrey S. Berman.  “Even though Saab was a naturalized American citizen, his true allegiance was to Hizballah, the terrorist organization responsible for decades of terrorist attacks that have killed hundreds, including U.S. citizens and military personnel.  Thankfully, Saab is now in federal custody, and faces significant prison time for his alleged crimes.”

“As alleged, Saab began his training with Hizballah operatives overseas and, while living in the U.S., surveilled multiple locations in major cities,” said FBI Assistant Director-in-Charge William F. Sweeney Jr.  “Today’s announcement highlights the persistent efforts of a sophisticated international terrorist organization to scout targets at home and abroad, identifying vulnerabilities, and gathering essential details useful for a future attack.  In the city that never sleeps, neither do the FBI agents, detectives, and analysts who work on the JTTF to protect it, and because of their work, Saab’s future surveillances will be limited to a cell.  We cannot do this work alone.  I would like to thank the countless private security professionals who protect many of these sites, remind them to remain vigilant in order to make the enemy’s job more difficult, and I would ask the general public to continue to report suspicious activity to law enforcement like you have so many times in the past.”

“I would like to thank the efforts of the investigators and our Counter-Terrorism law enforcement partners who worked tirelessly to assemble the case that prevents this individual from caring out his plans,” said NYPD Commissioner James P. O’Neill.  “This case sends a clear message of deterrence to all those who plot to promote violence here in the U.S. and abroad.”

According to the Indictment and Complaint unsealed Thursday in Manhattan federal court, Hizballah is a Lebanon-based Shia Islamic organization with political, social, and terrorist components.  Hizballah was founded in the 1980s with support from Iran after the 1982 Israeli invasion of Lebanon, and its mission includes establishing a fundamentalist Islamic state in Lebanon.  Since Hizballah’s formation, the organization has been responsible for numerous terrorist attacks that have killed hundreds, including United States citizens and military personnel.  In 1997, the U.S. Department of State designated Hizballah a Foreign Terrorist Organization, pursuant to Section 219 of the Immigration and Nationality Act, and it remains so designated today.  In 2001, pursuant to Executive Order 13224, the U.S. Department of Treasury designated Hizballah a Specially Designated Global Terrorist entity.  In 2010, State Department officials described Hizballah as the most technically capable terrorist group in the world, and a continued security threat to the United States.

The Islamic Jihad Organization (IJO), which is also known as the External Security Organization and “910,” is a component of Hizballah responsible for the planning and coordination of intelligence, counterintelligence, and terrorist activities on behalf of Hizballah outside of Lebanon.  In July 2012, an IJO operative detonated explosives on a bus transporting Israeli tourists in the vicinity of an airport in Burgas, Bulgaria, which killed six people and injured 32 others.  Law enforcement authorities have disrupted several other IJO attack-planning operations around the world, including the arrest of an IJO operative surveilling Israeli targets in Cyprus in 2012, the seizure of bomb-making precursor chemicals in Thailand in 2012, and a seizure of similar chemicals in May 2015 in connection with the arrest of another IJO operative.  In June 2017, two IJO operatives were arrested in the United States and charged with terrorism-related offenses in the Southern District of New York.  In May 2019, a jury convicted one of those two IJO operatives on all counts.

Saab joined Hizballah in 1996.  Saab’s first Hizballah operation occurred in Lebanon, where he was tasked with observing and reporting on the movements of Israeli and Southern Lebanese Army soldiers in Yaroun, Lebanon.  Among other things, Saab reported on patrol schedules and formations, procedures at security checkpoints, and the vehicles used by soldiers.

In approximately 1999, Saab attended his first Hizballah training.  The training focused on the use of firearms, and Saab handled and fired an AK-47, an M16 rifle, and a pistol, and threw grenades.  In 2000, Saab transitioned to membership in Hizballah’s unit responsible for external operations, the IJO, and he then received extensive training in IJO tradecraft, weapons, and military tactics, including how to construct bombs and other explosive devices.  In 2004 and 2005, Saab attended explosives training in Lebanon during which he received detailed instruction in, among other things, triggering mechanisms, explosive substances, detonators, and the assembly of circuits.

In 2000, Saab lawfully entered the United States using a Lebanese passport.  In 2005, Saab applied for naturalized citizenship and falsely affirmed, under penalty of perjury, that he had never been “a member of or in any way associated with . . . a terrorist organization.”  In August 2008, Saab became a naturalized U.S. citizen.

While living in the United States, Saab remained an IJO operative, continued to receive military training in Lebanon, and conducted numerous operations for the IJO.  For example, Saab surveilled dozens of locations in New York City—including the United Nations headquarters, the Statue of Liberty, Rockefeller Center, Times Square, the Empire State Building, and local airports, tunnels, and bridges—and provided detailed information on these locations, including photographs, to the IJO.  In particular, Saab focused on the structural weaknesses of locations he surveilled in order to determine how a future attack could cause the most destruction.  Saab’s reporting to the IJO included the materials used to construct a particular target, how close in proximity one could get to a target, and site weaknesses or “soft spots” that the IJO could exploit if it attacked a target in the future.  Saab conducted similar intelligence gathering in a variety of American cities.  The FBI recovered photographs from Saab’s electronic devices reflecting his surveillance activities, including photographs of New York City landmarks.

In addition to his attack-planning activities in the United States, Saab conducted operations abroad.  For example, Saab attempted to murder a man he later understood to be a suspected Israeli spy.  Saab pointed a firearm at the individual at close range and pulled the trigger twice, but the firearm did not fire.  Saab also conducted intelligence-gathering for Hizballah in Istanbul, Turkey.

Finally, unrelated to his IJO activities, in July 2012, Saab married another individual (CC-1) so that CC-1 could apply for naturalized citizenship in the United States based on their marriage.  On March 13, 2015, Saab and CC-1 jointly filed a petition seeking to obtain naturalized citizenship for CC-1.  In doing so, Saab and CC-1 falsely claimed under penalty of perjury that their marriage was “not for the purpose of procuring an immigration benefit.” 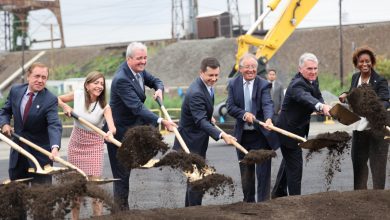