READINGTON TOWNSHIP, NJ (Hunterdon County) – A motorcyclist was flown to the hospital following a crash Friday evening in Readington Township.

The motorcycle and car collided at around 7:15 p.m. at the intersection of Route 22 and Mountain Road.

The collision resulted in the motorcyclist, who was identified as George Fetchina, 57, of Bridgewater, NJ, being thrown over the vehicle and onto the roadway, police said.

Officers were able to stabilize Fetchina until he was turned over to members of the Whitehouse Rescue Squad. He sustained extensive facial injuries and was flown to Morristown Medical Center for further treatment., police said.

The driver of the car, who was identified as Hernan Faraci, 41, of Whitehouse Station, NJ, was not injured, police said.

Police didn’t say if any charges have been filed. 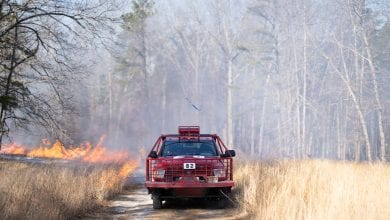