NEW JERSEY – The National Park Service has awarded the New Jersey Department of Environmental Protection a combined $1 million for two state historic sites in the inaugural round of funding for the Semiquincentennial Grant Program commemorating the 250th anniversary of the founding of the United States, Commissioner Shawn M. LaTourette announced Wednesday.

The funds come to the DEP in the form of two $500,000 grants for restorative work to the Indian King Tavern in Haddonfield, Camden County, and to the Wallace House in Somerville, Somerset County.

“Both of these sites hold the history of critical moments in New Jersey’s and our country’s history and founding as a free nation,” said John Cecil, Assistant Commissioner for State Parks, Forests & Historic Sites. “We thank the National Park Service for these grants, which will go toward repairs to ensure that the Indian King Tavern and the Wallace House continue standing for future generations.”

“National parks and National Park Service programs serve to tell authentic and complete history, provide opportunities for exploring the legacies that impact us today and contribute to healing and understanding,” said National Park Service Director Chuck Sams. “Through the Semiquincentennial Grant Program, we are supporting projects that showcase the many places and stories that contributed to the evolution of the American experience.”

Located in downtown Haddonfield, within a National Register of Historic Places historic district, the Indian King Tavern was where the newly elected New Jersey Legislature met during the first nine months of 1777 to discuss and vote upon issues of the Revolutionary War and the running of the new state government. The Indian King Tavern would later become the first state-owned historic site in New Jersey in 1903.

The $500,000 grant will go toward stabilizing the Indian King Tavern’s envelope, which will include masonry work, plaster repairs and painting of the building interior and exterior. A structure’s envelope separates the internal building from the external portion that includes the roof, doors, windows, floors and wall.

The Wallace House was the country home of Philadelphia merchant John Wallace and was the largest private dwelling built in New Jersey during the Revolutionary War. The home served as Gen. George Washington’s winter headquarters for the 1778-79 Middlebrook Cantonment.

Grant funds will go toward replacing the Wallace House’s roof, repairing soffits and installing effective rainwater drainage to protect the house from weather and climate. The $500,000 grant will also help pay for restoring windows and foundations, removing non-historic stucco on the Wallace House’s chimneys, and restoring the 18th century appearance of the roofscape lost more than a century ago.

Created by Congress in 2020 and funded through the federal Historic Preservation Fund, the Semiquincentennial Grant Program first round of funding includes $7 million to support 17 cultural resource preservation projects across 12 states.

Congress appropriated funding for the Semiquincentennial Grant Program in FY2021 through the Historic Preservation Fund. The fund uses revenue from federal oil and gas leases on the Outer Continental Shelf, assisting with a broad range of preservation projects without expending additional tax dollars. The intent of these projects is to mitigate the loss of a nonrenewable resource to benefit the preservation of other irreplaceable resources. 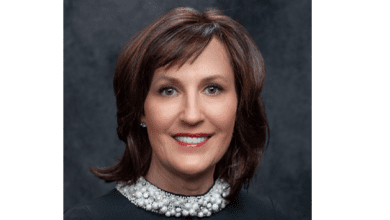