MORRISTOWN, NJ (Morris County) – A North Carolina man has been sentenced to prison for his role in human trafficking and promoting prostitution of two minors, according to Morris County Prosecutor Fredric Knapp.

Aldophus Mims, 42, of Charlotte was sentenced on Sept. 3 to forty years in state prison ad must serve forty years before he is eligible for parole. He will also be subject to registration pursuant to Megan’s Law and parole supervision for life, Knapp said.

The crimes themselves occurred over a one week span in June of 2015, when Mims provided heroin to two juvenile females, then aged 15 and 17, and enticed them to engage in acts of prostitution at a Rockaway Township hotel. At the hotel the victims met with several male clients and Mims would then collect the money received after the sexual acts were completed.

The 15-year old victim also disclosed that Mims engaged in sexual acts with her. Mims then transported the victims to a different hotel in Parsippany to have them continue to engage in acts of prostitution.

“Assistant Prosecutors Magnone and Beaman did an outstanding job trying a very complex case. Additionally, the investigation by Sgt. Wang and Det. May was exemplary”. “All are to be commended”, he said. Prosecutor Knapp added, “AP Magnone and Sgt. Wang have been specially trained to investigate and prosecute the heinous crime of human trafficking and are leaders in statewide efforts to do so,” Knapp said. 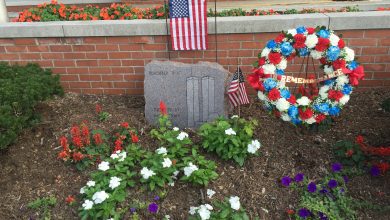