NEW JERSEY– Attorney General Gurbir Grewal and the Division of Consumer Affairs Thursday announced that Nevada-based firearms dealer New Frontier Armory LLC has agreed to stop advertising, offering for sale, and selling large capacity ammunition magazines (“LCMs”) to New Jersey residents, and to pay the State $50,000, to settle the State’s civil lawsuit against the company. The suit was filed last year after the company twice sold LCMs online to undercover State investigators, in one instance after having received a cease-and-desist letter from the Attorney General’s Office.

New Jersey law prohibits the possession and sale of firearm magazines that can hold more than 10 rounds of ammunition. LCMs allow a shooter to fire a high number of bullets at a time, often dozens, without requiring the shooter to pause and reload. As a result, gun violence involving LCMs can result in more shots fired, persons wounded, and higher fatalities than other gun attacks. Given their heightened deadliness, LCMs have frequently been used in tragic mass shootings.

“Large capacity magazines, which significantly increase a shooter’s ability to injure and kill large numbers of people quickly, are illegal in New Jersey, and we have zero tolerance for their sale here,” Grewal said. “This settlement not only holds New Frontier Armory accountable for its unlawful conduct, but also puts gun dealers on notice that we are closely monitoring internet weapons sales and will take immediate action against anyone who endangers our residents by selling and shipping deadly and unlawful firearms and magazines into our state.”

The settlement resolves allegations against New Frontier Armory that were set out in the State’s complaint against the company, which was filed in New Jersey Superior Court in June 2019.

The complaint alleged that New Frontier Armory, which operates a walk-in retail store in North Las Vegas and sells firearms and related supplies online via its website, engaged in unconscionable commercial practices and deceptive conduct in violation of the Consumer Fraud Act and the Hazardous Products Regulations. Specifically, it advertised, offered for sale, and sold LCMs despite knowing that their sale is illegal in New Jersey and without warning New Jersey purchasers that possession of LCMs subjects the buyer to criminal prosecution.

The complaint also alleged that New Frontier Armory engaged in “misrepresentations and knowing omissions of material fact” in violation of the Consumer Fraud Act by falsely stating on its website that it would cancel any order that involved shipping LCMs to areas where they are illegal, and by failing to provide a disclaimer on its website cautioning that possession of an LCM by a New Jersey resident is a crime.

27 of the 30 magazines New Frontier Armory offered through its website for sale in New Jersey could hold 15 to 100 rounds of ammunition, in violation of State law.

“New Frontier Armory’s continued advertisement and sale of illegal large capacity magazines in New Jersey, which persisted even after the company was directed to stop, demonstrated a willful disregard for our laws,” said Paul R. Rodríguez, Acting Director of the Division of Consumer Affairs. “By taking action against this business we are not only preventing dangerous, illegal weaponry from coming into our state, we are fulfilling our duty to provide transparency in our marketplace. New Frontier Armory must now clearly and conspicuously disclose on its website that high capacity magazines are illegal in New Jersey, and make consumers aware of the serious consequences they face for purchasing them in this state.”

In addition to the monetary payment of $50,000, the settlement requires New Frontier Armory to take action to prevent its firearms from being sold in New Jersey. It will block the shipping of any LCM to any New Jersey address; clearly and conspicuously post on its website a list of states and municipalities that restrict firearm magazine sales, which will include a link to New Jersey’s LCM restrictions; and specify that knowingly possessing an LCM in the state is a fourth-degree crime punishable by fines and imprisonment. Under the terms of the settlement, New Frontier Armory must also continue to make and keep all documents concerning sales and attempted purchases of LCMs to any New Jersey shipping address.

The lawsuit against New Frontier Armory was filed after the company twice sold LCMs to State investigators working undercover.

In August 2018, a detective from the New Jersey Division of Criminal Justice purchased three 30-round magazines from New Frontier Armory through the company’s website, which the detective then picked up at a New Jersey shipping address.

On January 7, 2019, Attorney General Grewal issued a cease-and-desist letter to New Frontier Armory, advising the company that its sales of LCMs into New Jersey violated New Jersey law and demanding that it stop advertising, selling, and/or shipping LCMs to New Jersey. Two weeks later, the retailer responded that it had notified its staff of the law, and that purchases in states where LCMs are prohibited would be cancelled.

New Jersey law has long prohibited the possession and sale of large capacity magazines capable of carrying 15 rounds or more. In June 2018, Gov. Phil Murphy signed into law a package of common-sense gun safety measures that included a bill reducing the maximum capacity of ammunition magazines from 15 to 10 rounds.

The lawsuit against New Frontier Armory is one of several filed as part ofbGrewal’s ongoing efforts to protect New Jersey residents from illegal firearm products and gun violence. 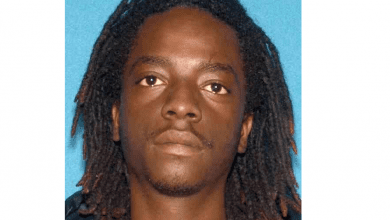 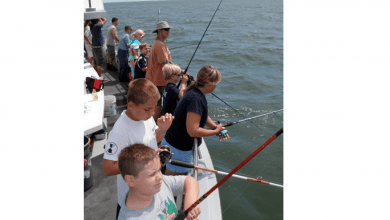